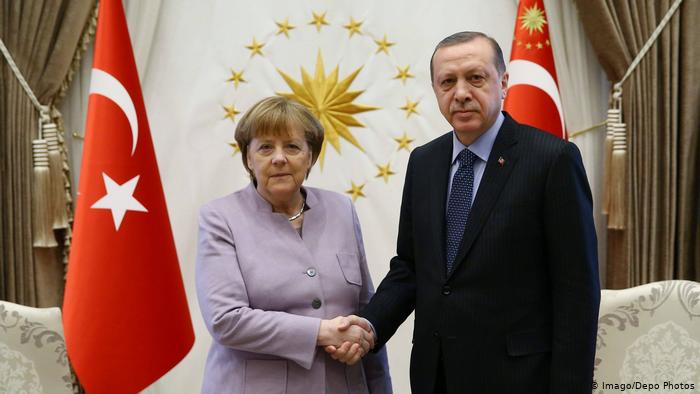 Germany’s Chancellor Angela Merkel and the Turkish President Erdogan plans to meet for discussing the latest developments in the region of the Middle East and North Africa.

German politicians are ready to continuing dialogue for finding a solution in the Middle Eastern conflict. Dring the planned meeting, both national leaders set to discuss multiple topics, from regional armed conflicts to human rights issues.

For Germany and Turkey, the meeting becomes a rarely seen eye-to-eye event. Over the recent months, Merkel and Erdogan both were busy with protection interests of their own countries. In addition, the instability in the Middle East and North Africa is a growing concern for both countries.

As the German MPs believe, it is extremely important to keep dialogue channels open, as well as to cooperate in the different fields. The upcoming meeting is also crucial to tackling growing conflicts in the region because they are inevitably will have resulted in a new wave of refugees. So far, speculation over the future of the EU-Turkey migration deal is growing as Ankara accuses EU states of not delivering their promises.

In other words, tackling irregular migration continues to be a crucial topic for both Germany and Turkey.

For Germany, this makes Ankara an important actor in the region, which Merkel has to come to terms with. It is yet to be seen what Chancellor will do to prevent Turkey from providing military support to warring parties or taking unilateral military action in the region.

Meanwhile, Turkey’s commitment to the UN weapons embargo at the Berlin Conference on Libya has been welcomed by Germany.