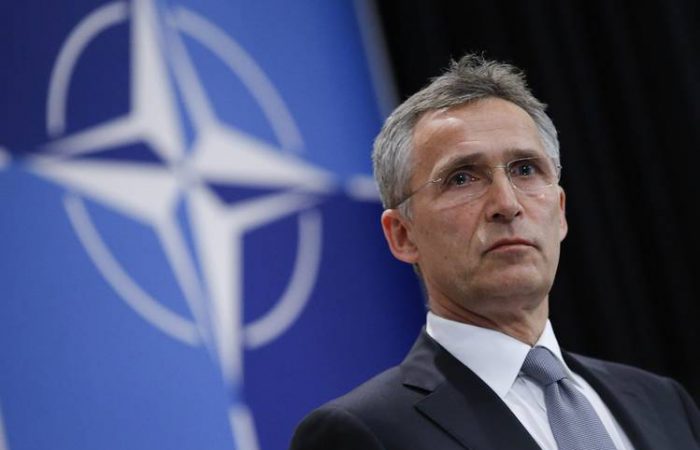 Jens Stoltenberg, NATO Secretary-General, held a phone call with Fayez al-Sarraj. The Libyan prime minister has initiated the conversation, during which the leaders discussed the latest developments in the country.

NATO chief has confirmed the military alliance’s readiness to assist Libya by building defence and security capacities. In addition, Jens Stoltenberg voiced his concerns over the recent escalation of violence in Tripoli. The NATO chief stressed that the internal armed conflict should be ended and the political crisis could only be solved by negotiations.

According to Mr Stoltenberg, Libya’s prime minister should ask the UN to become a leader in peace negotiations. Stoltenberg reiterated that there was no military solution to the conflict.

NATO supports Libya by developing its defence and security institutions

Jens Stoltenberg also confirmed that NATO remained prepared to support Libya’s by developing its defence. That programme was approved by NATO leaders in 2018 in response to the request of the UN-recognized Government of National Accord (GNA) of Libya.

In addition, Stoltenberg had a phone conversation with the Turkish President Erdogan two days ago. The leaders discussed the possibility of NATO capacity building mission in Libya.

Over the weeks, General Haftar’s illegal forces in eastern Libya has launched several attacks to capture Tripoli, with more than 1,000 killed in the violence. The Libyan UN-backed government launched Operation Peace Storm on March 26 to counter attacks on the capital city.