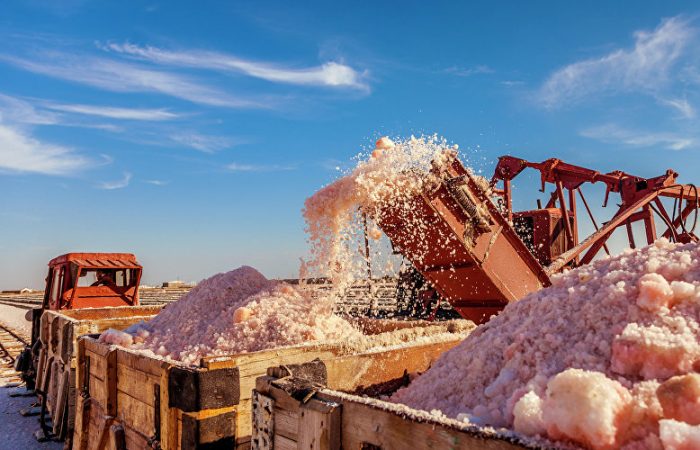 Researchers of the Hamhung Branch of the State Academy of Sciences have presented a new approach to salt production. Its economic profitability is very high due to combining the technique of producing salt by an industrial method with that of sun-dried salt production, KCNA Watch reported.

As the researches explain, the method of salt production makes it possible to increase the cycle from 80 days to 300 on average in a year. In addition, the produced salt is of higher purity and better taste than others.

Taking into account its high economic profitability, the recently developed method is acknowledged as one of cutting-edge techniques exclusive to only a few developed countries.

The method of producing salt is not too complete or expensive, the researchers note. Condense seawater with a concentration of 3% by 14-15% in electrodialyzing vessels which contain hundreds of couples of cation and anion exchange membranes manufactured with cutting-edge technology and then put it in the salt field to evaporate and crystalize the product.

As the researchers stressed, their innovative method does not need a preliminary evaporating pond which accounts for most of salt field as against the existing sun-dried salt method.

As a result, a new approach makes it possible to decrease the production area by one tenth, manpower by one eighth and materials by one 20th.

The ion exchange membrane for seawater concentration has been inscribed on the list of national cutting-edge technical products.