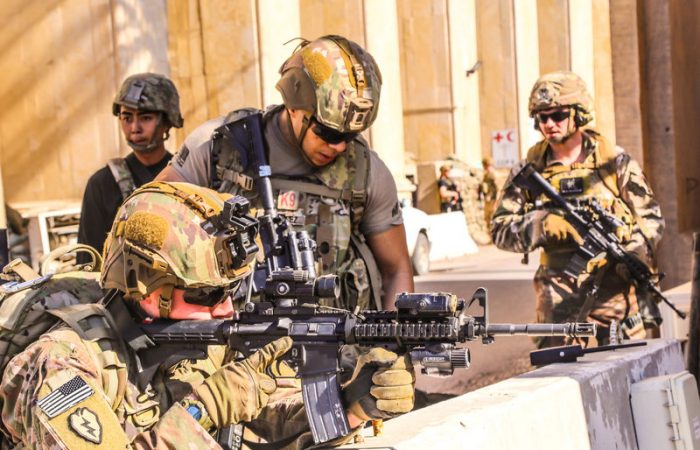 Pentagon chief Mark Esper confirmed on Monday that the U.S. troops will be repositioned in Iraq. He added that American forces will not leave the country. As NPR reports, his comments come after a letter from the U.S. military suggested a withdrawal.

The US Secretary of Defense Mark Esper informed that some forces are ordered to reposition inside Iraq, not withdrawing the country. According to Pentagon insiders, some troops are going to Kuwait temporarily.

The rumours on leaving Iraq was inspired by the «poorly worded» letter sent on Monday. According to Mr Esper who gave additional explanations to that letter, the US troop movement was coupled with confusion about a letter sent to Iraqi officials. The local authorities got wrong the American move signaled by heavy helicopter traffic out of a U.S. base in central Baghdad.

That letter said the movements were in response to the Iraqi call for U.S. forces to withdraw the country, and the letter implied a leaving was underway. Late Monday, Gen. Mark Milley, chairman of the Joint Chiefs of Staff, told reporters that the letter was «poorly worded.»

Esper also told reporters at the Pentagon that there are no plans to leave Iraq yet. The Defence Dept press office underscored the message, indeed.

«There has been no change in US policy with regard to our force presence in Iraq. We continue to consult with the Iraqi government regarding the defeat-ISIS mission and efforts to support the Iraqi Security Forces,» DoD said in a tweet.

According to the military official, the repositioning of the US troops inside Iraq involved several hundred soldiers who were being moved from the main military base in Baghdad’s Green Zone.

Now, there are about 5,000 U.S. troops in Iraq. Their task is fighting the ISIS, however, the American soldiers would halt those efforts while bracing for retaliation from Iran.

Since last Friday, the tensions between the US and Iran have heightened. The U.S. drone strike that killed top Iranian military Soleimani made Iran react, saying about the violation of the country’s sovereignty. Tehran has vowed to avenge, ayatolla Homeini confirmed on Saturday.