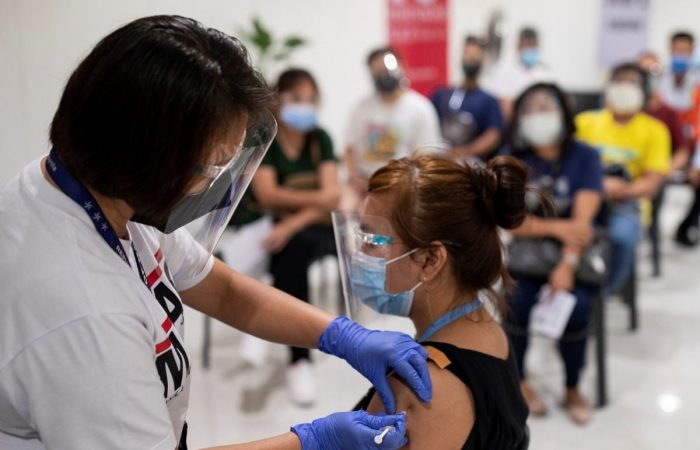 The Philippines has temporarily suspended a decision to allow fully inoculated tourists entry in a bid to prevent a new COVID-19 variant from taking off in the country. But the government launched a massive three-day vaccination drive as it tries to head off a surge that the new Omicron variant of the pathogen could cause.

The Philippines announced plans last week to allow fully vaccinated tourists from most countries to enter from December 1 as it seeks to revive the almost ruined economy. According to the chief of the National Task Force (NTF) against COVID-19, 3 million vaccinations per day is nearly four times the average of 829,000 daily shots in November.

“This is our single biggest push to fast-track vaccination and reaches our target of 70 percent population protection nationwide,” President Rodrigo Duterte said.

President visited the vaccination site where he assured that the Philippines will overcome the pandemic. However, the country has not reported any cases of the Omicron variant, which was first detected in South Africa and has since spread around the globe.

To avoid the deteriorating of the epidemiological situation, the government’s COVID-19 task force reversed course over the weekend as it announced the suspension of flights from seven European countries, in addition to an earlier ban on arrivals from several African nations.

So far, around one-third of the country’s 110 million people are fully immunized against the coronavirus. The Philippines has recorded more than 2.8 million infections since the start of the pandemic, including over 48,000 deaths.