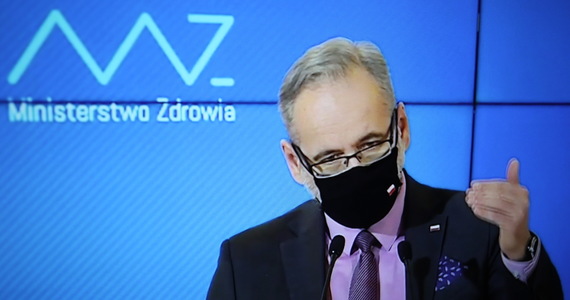 Poland’s health minister has announced the nationwide quarantine to avoid the spread of the COVID-19 infection during the Christmas season, PolandIn has learned.

During the press conference on Thursday, Adam Niedzielski told journalists that entire Poland will live under quarantine from December 28, 2020 to January 17, 2021.

«We are closing hotels, including business traffic and ski slopes», the Polish health minister warned and drew attention to the restrictions introduced by other EU members, including lockdowns.

In Poland, the restrictions on movement will be introduced on New Year’s Eve. The big gatherings are banned this year because the novel virus is still strong. «From December 28 to January 17 we are introducing a national quarantine,» reiterated Niedzielski.

The top health official also stated that in addition to the existing restrictions, which remain in force, hotels and shops that do not serve essentials, such as grocery stores and pharmacies, will be closed.

Asked on restrictions of movement, he said they will apply «from 7.00 p.m. on December 31 to 6.00 a.m. the next day». Meantime, leaving the house will only be justified in order to meet really urgent needs as a visit to a pharmacy.

In addition, anyone travelling to Poland by organised transport during the national quarantine will be required to undergo a ten-day quarantine.

As the World Health Organization predicts, the third wave of the pandemic is quite possible.

«Even if we assume that we will start vaccinating this year. The effects of the national vaccination will definitely not appear in January and February», Niedzielski stressed.

Commenting on the new Christmas restrictions, the health minister warned that anyone who breaks out of the introduced restrictions takes on a huge responsibility for his own life and health. His or her relatives and friends could be next victims of the coronavirus, said Niedzielski.