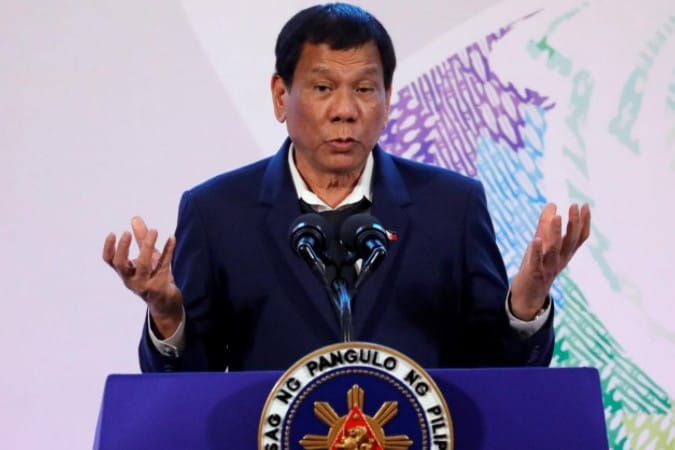 Rodrigo Duterte in his speech on Thursday has cancelled all future peace talks with communist rebels. The Philippines ruler criticised the insurgents over deadly attacks against soldiers and police while threatening to categorise them as a “terrorist” group.

On Tuesday, President Duterte decided to cut talks with the New People’s Army (NPA), moreover, he called communists’ 3,800-member armed wing the ‘terrorists’.  The Communist Party of the Philippines (CPP) has been waging an insurgency since 1968 to overthrow a capitalist system that has created one of Asia’s biggest rich-poor divides.

“You tell the guys there in the Netherlands: I am no longer available for any official talk. Let’s just go to war,”

Duterte added in his statement, referring to Maoist-led rebels leaders living in European exile. Such an abrupt decision of President was, at least, surprising because of the ending the long conflict was among Duterte’s priorities since he took office in June last year. Since the start of the war,  more than 40,000 people have been killed.

On Wednesday, President’s peace adviser Jesus Dureza confirmed Duterte’s latest decision in a statement but declined to say if further meetings had been scheduled. The president said a rebel ambush in the southern Philippines this month had killed a police officer and four-month-old baby.

“If you behave like that and we will go to war – even the civilians are being dragged into this – then we should just stop talking,”

said the nation’s leader and added such a rebels’ modus operandi destabilises the peace. So, scheduled peace talks to end the conflict were revived last year after Duterte was elected president, with Norway and the Netherlands hosting the negotiations, cancelled now.