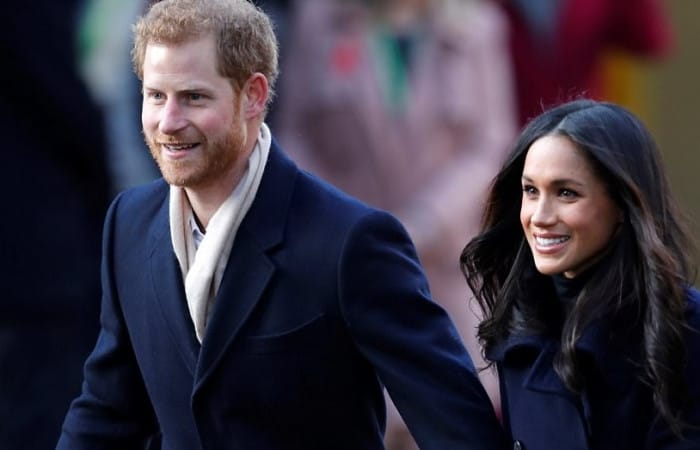 Prince Harry who made an actress Meghan Markle an official fiance, are an item now. Suits star got an army of the new British fans while she and Harry made her first official engagement this week.

Harry and Markle joined the royal charity event on Friday, one of the fans in the crowd was enormously happy with the fact of seeing royal and actress together. He said within earshot: ‘She’s beautiful. Only a prince can have a lady like that!’ And Meghan looked radiant, of course. So does Harry, the proud and smiling prince.

Meghan looked happy and chatting about the wedding at Windsor Castle next year, she said she is so happy, adding that:

‘It’s just such a thrill to be here. I can’t believe it’.

For her first public event as royal’s fiance, Suits star wore a £585 coat and carrying a £455 handbag. She kept Harry’s hand all the time, allowing people to see her engagement ring. Prince Harry looked fit to burst with pride as he watched as his new fiancée worked the crowds.

Miss Markle spent around 25 minutes meeting the crowds with Harry, charming members of the public as she introduced herself with a cheery ‘Hi, I’m Meghan,’ letting the Britons an opportunity to meet her personally.