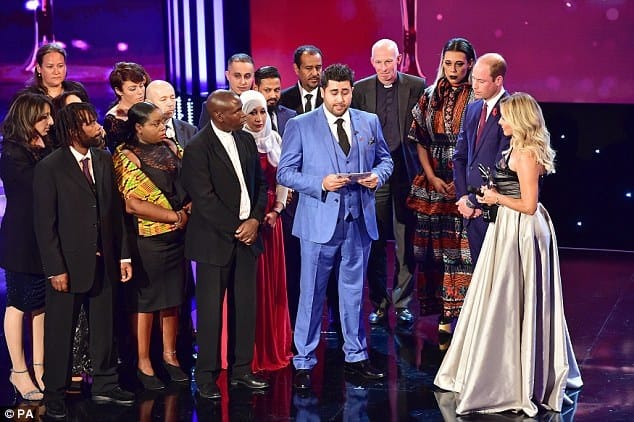 Prince William attended the award ceremony where he paid tribute to the courageous Grenfell Tower firefighter heroes. The Pride of Britain Awards and the sincere words of the gratitude from the royal and the British prime minister made the evening.

The Duke of Cambridge and Theresa May praised the crews who put their lives at risk to save residents trapped in the devastating blaze in west London. That summer tragedy is still very painful for many members of the Grenfell Tower community. Presenting This Morning Emergency Services Award to the firefighters, the Duke underlined that many people forget the daily grind the firefighters go through on a daily basis.

On June 15, Prince William and the Queen Elizabeth both visited survivors of the hellish days after the tragedy on mid-June. On October, 30, the Duke of Cambridge also presented a special recognition award to the community around Grenfell Tower. The royal’s speech was very emotional, he thanked the firefighters for the hard work they’ve all done, the team spirit they’ve shown, the coming together as these courage people did so quickly after Grenfell blaze.

‘I’m just so sorry that such an awful event ever occurred,’

Thanking the heroes of the Grenfell Tower, the royal said he can only imagine how horrendous and difficult it has been for all firefighters. Later, musician Ed Sheeran joined the royal in a presentation to emergency responders at the Manchester bombing in May.

Several top governmental officials attended the ceremony, too: prime minister Theresa May, Jeremy Corbyn and Sir Vince Cable united for Monday’s evening and jointly took to the stage to mark the outstanding heroism of Pc Keith Palmer, who gave his life protecting parliament during the London Bridge terror attack in March.

It is worth to note that Pc Palmer was the first person to receive a posthumous Pride of Britain Award for outstanding bravery. That noble and brave man gave his life to protect others, and the Britain never forget that.