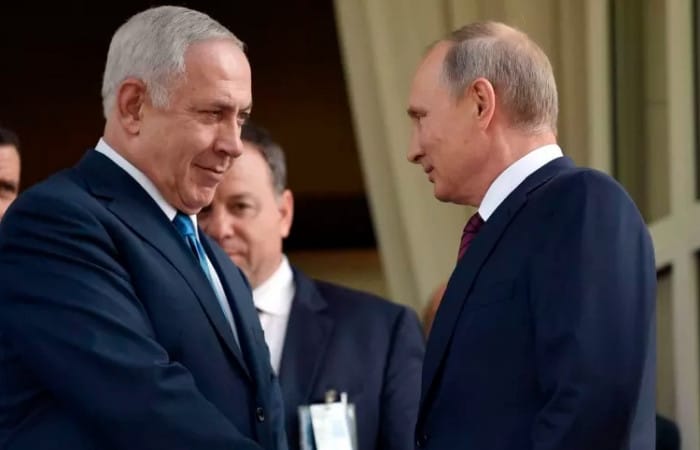 Vladimir Putin’s schedule for January 29 includes the meeting with the Benjamin Netanyahu, both leaders will meet in Moscow, a Kremlin spokesman said on Thursday.

The Russian President will welcome in Kremlin the Israeli prime minister Netanyahu. Joining Netanyahu in the meeting with Putin will be Zeev Elkin, a minister in his government in charge of Jerusalem affairs and environmental protection.

The most recent meeting of Putin and Netanyahu was in August, now both leaders are expected to discuss Israel’s opposition to any arrangement that would let Iranian forces remain on the ground in Syria once the civil war is officially over there. Another important issue in agenda will be the nuclear deal with Iran as well as discussing the latest developments on Middle East situation.

Israel’s position is clear and determined, the prime minister has no intentions to let Syria become a proxy base for Iranian operations against Israel.

On Thursday, Netanyahu is meeting U.S. President Donald Trump at the Davos, this meeting on the sides of the annual World Economic Forum will be their fourth meeting since Trump took office. On their meeting’s agenda, the most important issue is Israeli-Palestinian conflict,  as well as the Iran nuclear deal and the civil war in Syria.