Queen attends an Easter service on her 93rd birthday 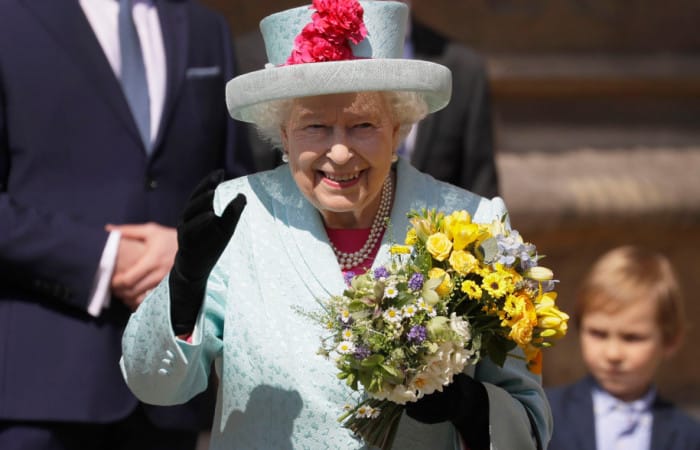 Queen Elizabeth II, one of the most unordinary and stylish women of the planet, attended an Easter service St George’s Chapel on Sunday. As The Telegraph reported, April 21 is also the birthday of the monarch who turned 93 this year.

The 93-year-old English Queen joined for the Easter Sunday service by family members who gathered at Windsor Castle on Sunday. As the Queen left the chapel, she was presented with two posies — one yellow and one white — by two boys.

The Duke of Edinburgh, who has retired from public duties last May, and the Duchess of Sussex, who is heavily pregnant with her first child, did not attend.

Princes Harry and William, Kate Middleton attend Easter service on the day coincided with Queen’s birthday. The most long-reigned monarch was presented with flowers and a crowd sang «Happy Birthday» as she left St George’s Chapel, while Duke and Duchess of Sussex posted a joint birthday greeting to the Queen on Instagram, saying: «Happy Birthday Your Majesty, Ma’am, Granny.»

Gun salutes will also be fired in London to mark her birthday — although she will have to wait a day, as they are never done on a Sunday.

The Queen celebrates two birthdays each year — 21 April is her actual birthday and she also has an official one on the second Saturday in June, which is commemorated with the Trooping the Colour parade.

The Archbishop of Canterbury, Justin Welby, and other officials have used their Easter messages to congratulate the UK people and to wish it wisdom, patience and prosperity.

«The risen Jesus is the one who makes our broken lives whole,» Archbishop said while PM Theresa May promised she will spend her time «giving thanks in church», but for many Christians «such simple acts of faith can bring huge danger». According to the statistics, about 245 million Christians worldwide are estimated to be facing persecution.