The Queen’s best friend and the first cousin Margaret Rhodes has died aged 91. Buckingham Palace has said it will not be issuing a statement because it is a private matter, meanwhile, Elizabeth II has sent her condolences to the Rhodes’ family.

Mrs Rhodes was one of her most trusted confidantes of the Queen, the Queen Mother, called Margaret ‘third daughter’ and even appointed her as Lady-in-waiting. Elizabeth’s mother has died in 2002, and Margaret was at her bedside.

Mrs Rhodes died on Friday after a short illness, a spokesperson for Buckingham Palace said it was not issuing a statement as it was a'”private matter’ for the Queen. Her Majesty sent her condolences to the Rhodes’ relatives, it’s the saddest loss. 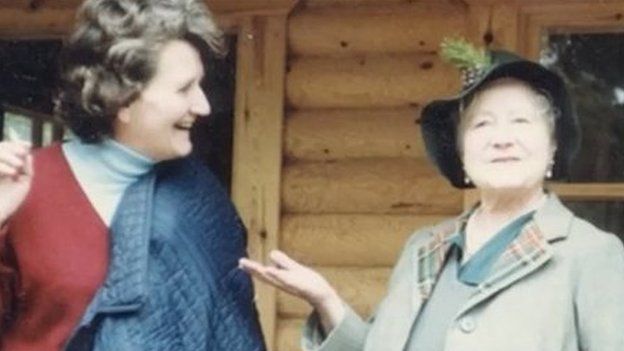 The Royals are renowned for their health and longevity. The Queen in her 90 years adores horse rides and looks much younger. Obviously, good health is a family heirloom, her cousin Margaret had a long and happy life.

Mrs Rhodes attended every key royal event for more than 50 years and recorded her experiences in ‘The Final Curtsey’, a memoir which was published in 2011.

Margaret Rhodes’ life was full of events, during the war, she worked as a secretary for MI6 and lodged at Buckingham Palace. In 1947, when her cousin Elizabeth was marrying to the Duke of Edinburgh, Mrs Rhodes served the Queen as one of her bridesmaids.

‘We had only just recovered from six or seven years of deprivation and blackouts and rationing – it was like the sun suddenly coming out behind a lot of very dark clouds and I think everybody felt that with a new young Queen, a whole new era was opening up. It was somehow exciting.’

Mrs Rhodes’ husband Denys died in 1981. She is survived by two daughters, Victoria and Annabel, and two sons Simon and Michael.