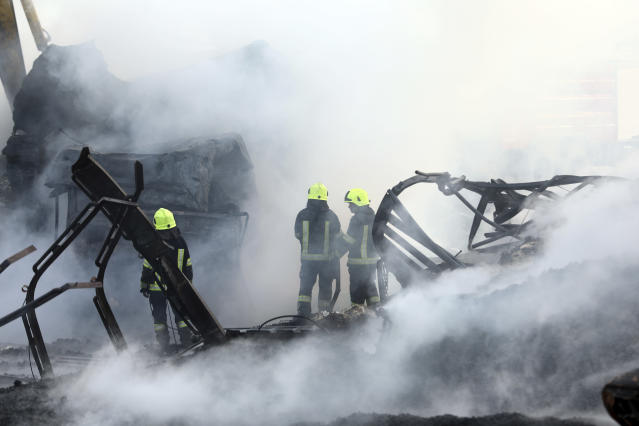 Afghan capital’s firefighters reported on the huge blaze, which kills at least seven and injures fourteen people. Fire tears through dozens of fuel tankers destroy homes and knock out electricity to much of Kabul.

Investigators combed through dozens of smouldering tankers on Sunday and a petrol station caught in the flames that roared through the area late Saturday, as interior ministry spokesman Tariq Arian said.

The fire began when a spark set a fuel tanker ablaze. Several tankers nearby were quickly engulfed, sending giant flames and plumes of smoke into the night sky before the fire moved on to several homes and a nearby gas station.

Additionally, several structures were destroyed and electricity to much of the capital city, which usually has only sporadic power, was knocked out. 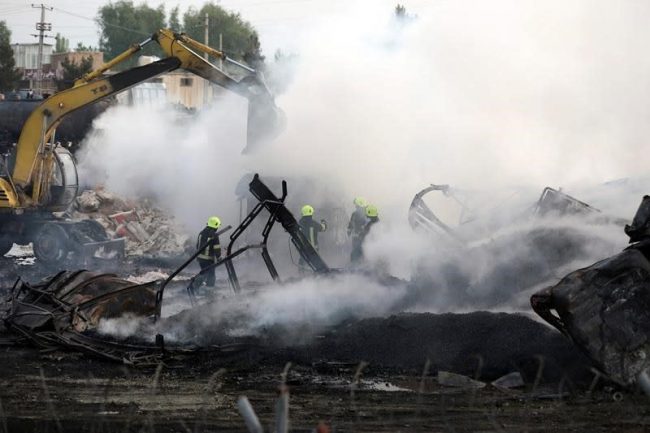 The injured were being treated mostly for burns in local hospitals. Truck drivers on Sunday blocked the road leading to the area, demanding the government provide compensation. As the witnesses say, fire lit up the sky, while drivers were yelling that their co-drivers were stuck and were burning.

The authorities reported on the immediate arrival of the firefighters at the scene. Even despite their capacity was limited and it took hours to bring the blaze under control, they took the situation under control. On Sunday morning, flames still leapt from the smouldering ruins.

On Sunday, the US and NATO have started the final withdrawal of their troops from Afghanistan after the 20-year-long war.