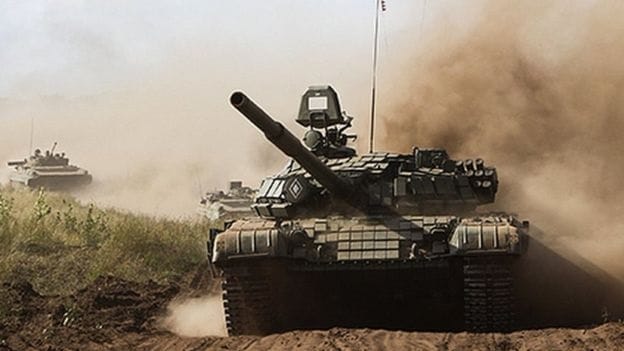 The most large-scale war games launched jointly by Russia and Belarus.This joint military exercise – Zapad-2017 -has made nearby NATO countries nervous, everyone remembers too well the annexation of Crimea in 2014.

Russia launches its biggest war games, or military exercise, jointly with Belarus. According to the Russia’s defence ministry, 12,700 troops are participating, however, NATO expects the numbers to be higher. How much higher, remains still unclear, the official site of the Russian Defence Ministry regularly refreshes the data.

Zapad-2017 is under way in and around Belarus, this year, it is involving armoured units, warships and aircraft. Ukrainian President Poroshenko has warned that these war games could be a prelude to an invasion of Ukraine, and the neighbouring NATO countries also incline not to trust to Russia.

NATO accuses Russia of supplying the rebels on the East of Ukraine with heavy weapons and troop reinforcements. Russia denies that, but admits that some Russian “volunteers” are helping the rebels.