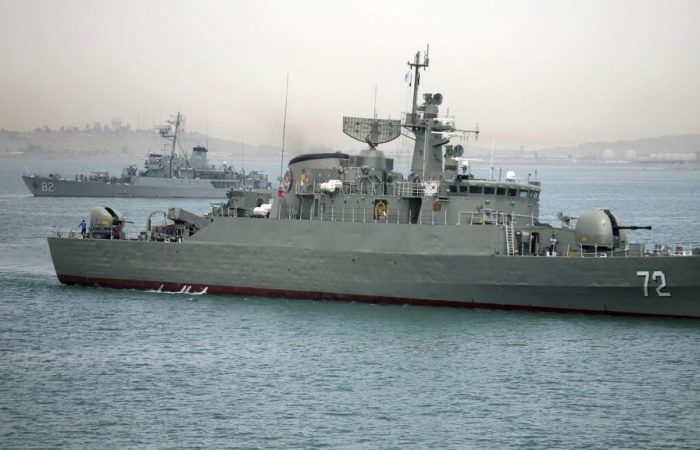 Russia and Iran have signed the Memorandum of Understanding under which the countries agreed to coordinate their maritime cooperation, Mehrnews reported.

Russian and Iranian admirals have signed the memorandum of understanding (MoU) on maritime defence cooperation. The document of such kind became the first in the history of bilateral relations.

On July 28, Admiral Khanzadi attended a ceremony marking the country’s Navy Day in St. Petersburg and Kronshtadt, two maritime cities of Russia. Yevmenov and his Iranian counterpart specially called for increasing sports-related programs, particularly in the field of diving, for the two countries’ army personnel.

Signing the memorandum, Iran and Russia also highlighted the need for preserving the security of the Caspian Sea through joint efforts of all littoral states.

Admiral Khanzadi had also announced earlier an agreement for joint naval exercises between Iranian and Russian forces in the Indian Ocean, Arabian Sea, the Strait of Hormuz and the Persian Gulf. Iranian admiral hopes that the joint drills would take place in the next few months.