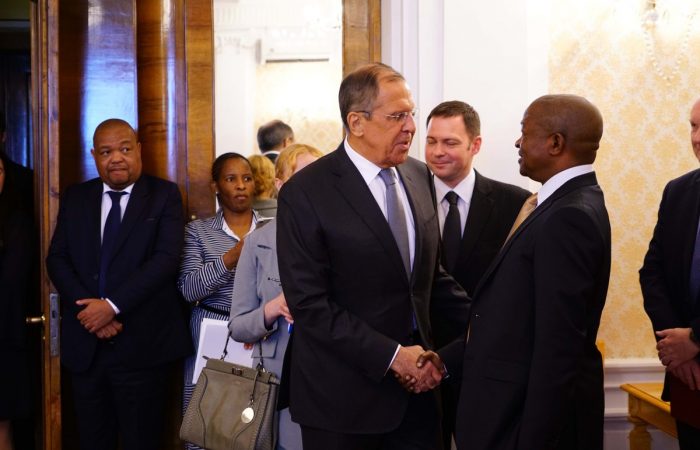 The top Russian officials have confirmed that trade ties between Russia and Africa will be strengthened, Eurasia Review reported. Sergey Lavrov, the foreign minister, said more African partners continue to show interest in having Russians in the economic sectors of Africa.

The Russian-African trade is on the path of growth amid Africa’s economies are growing faster than those of any other regions, the Russian top diplomat said.

“Our African partners are interested in Russian business working more actively there”, Mr Lavrov said. “This provides greater competition between the companies from Western countries, China, and Russia.

In fact, the stronger partnership between the then Soviet Union and Africa, during the decolonization of Africa, brought a lot of mutually beneficial opportunities for both sides, the Russian foreign minister stressed.

The Russian-African foreign trade will change for the better

According to Professor Aleksey Vasilyev, President of the Institute for African Studies and the first appointed Special Presidential Representative to Africa, the situation in Russian-African foreign trade will change for the better.

Nowadays, Russia’s industry undergoes rapid technological modernization while the state provides businessmen meaningful support. For small and medium businesses, cooperation with African countries could be the brightest opportunity to expand their businesses.

The most popular business regions are located in southern and eastern African regions that show some stability and have a good investment and business incentives.

“With competition for developing mineral resources in Africa, it is easier and cheaper for our African colleagues to choose partners,” minister Lavrov told the staff and students at Moscow State Institute of International Affairs.

In other words, Russian businesses began to look at promising projects abroad, and Russia began to return to Africa.

“However, our trade grew by 17 per cent over the past year (which is a sizable number) to over US$20 billion and it continues to grow,” Sergey Lavrov added.

For example, the total United States (US) two-way trade in Africa has actually fallen in recent years, to about $60 billion, far eclipsed by the European Union (EU) with over $200 billion, and China more than $200 billion, as stated by the Brookings Institution in the «Africa in Focus» post.

The experts from the Russian Academy of Sciences’ Institute for African Studies say that the Russian financial institutions can offer credit support that will allow them to localize their production in Africa’s industrial zones.