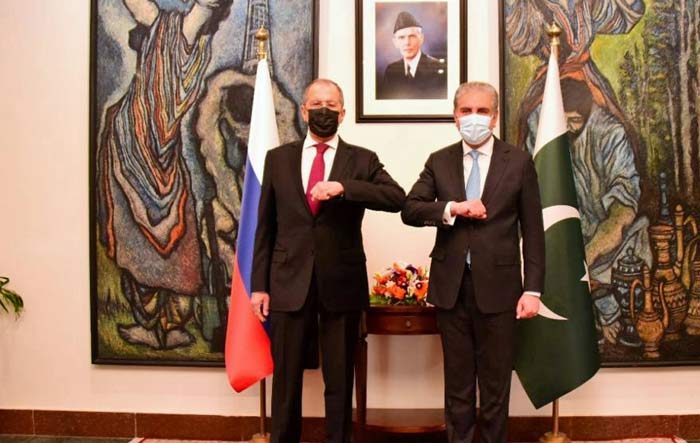 In Islamabad, the two leaders are expected to focus on strengthening bilateral economic and defence ties and discuss the Afghan peace process. Sergey Lavrov is the first Russian foreign minister to visit Pakistan since 2012.

On Wednesday, the Russian foreign minister planted a sapling in the premises of the ministry and then went inside the building for a joint photo session, followed by the delegation-level talks.

Both Lavrov and Qureshi had an in-depth discussion on various topics of bilateral interest with the aim to expand the multi-faceted ties. The issues of Afghan peace will also be prominent in the talks.

“The cooperation between Moscow and Islamabad is based on the coincidence or similarity of positions on most of the problems of the world community, including issues of strategic stability and countering terrorism,” the Russian foreign ministry’s statement reads.

Earlier, Mr Lavrov arrived here on Tuesday on a two-day official visit with the objective to deepen cooperation in different fields.