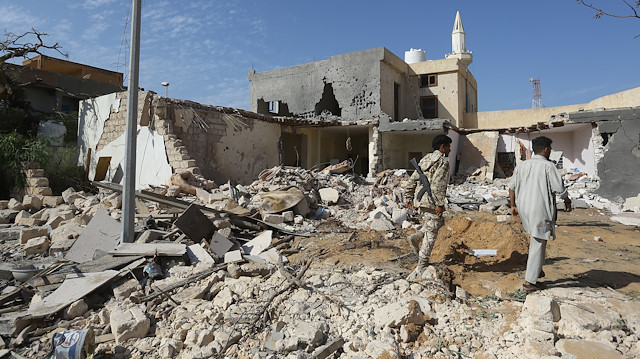 Russia increases its military and financial presence in Libya, and all this activity makes the United States rethink its foreign policy, The Middle East Monitor reports.

Russia has filled the vacuum left behind by the U.S. post-Arab Spring, Kremlin foreign policy aimed at the keeping security in Libya by supporting the strongman General Khalifa Haftar, while the 2012 Benghazi attack on the US embassy and its aftermath led to enormous changes in the U.S.’ Libya policy.

Moscow’s expanding influence both in Syria and Libya amid made the White House revise the policy in the Middle Eastern region, especially after the blitz Turkish military campaign in October. The Russain support meant a lot for Ankara.

Following the Sept. 11, 2012 attack on a U.S. diplomatic compound in Benghazi in which three U.S. employees and ten Libyan security officers died, Washington’s Libya policy turned passive and developments were followed from a distance. Moreover, it echoed to Hillary Clinton during her 2016 presidential race despite her immediate accepting responsibility for the Libyan tragic incident as then-Secretary of State.

The Republican criticism during 2015 testimony in the U.S. House of Representatives, she stood behind her policy and accused Republicans of using the deaths of American diplomats in Libya for political advantages.

Russia intensifies its activity in Libya

But Russian interference in Libya was an important catalyst that prompted the U.S. to review its Libya policy. After half a year of the military operation in Libya, Moscow-backed Haftar has failed to achieve success in Tripoli.

Libya remains very important for Russia as a military foothold in the Mediterranean, that allows strengthening the ties with other regional actors who support Haftar, including Egypt, the UAE, and Saudi Arabia, which Moscow is trying to push from the U.S.’s sphere of influence.

Although U.S. institutions have maintained their neutrality in conflicts during 2019, Trump’s support for Haftar pointed to increased U.S. interest in developments in Libya. However, Russia’s involvement in the equation prompted the U.S. to reconsider its support for Haftar.

In addition, the Libya issue was one of the issues raised during a meeting between Egyptian President Abdel Fattah el-Sisi and Trump. It is possible to foresee a period where Washington is seeking an alternative leader in Libya after its close contacts with actors there and also where Russia is intensifying activity in the name of establishing a new influence in Libya.