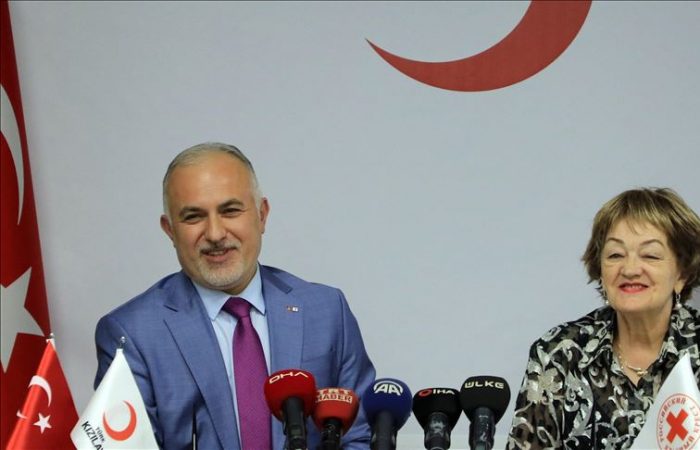 Russian and Turkish humanitarian organizations signed a memorandum, under which both countries are intensifying their efforts to increase aid, especially in war-torn Syria.

Both organizations from Turkey and Russia, Red Crescent and Red Cross Society respectively agreed on Tuesday to form task forces in a wide range of areas. According to the signed memorandum of understanding (MoU), the services will include blood banking and preparing local residents for disasters.

The above-mentioned activities are planned to be done until next year, confirmed heads of the aid organizations, Kerem Kinik and Raisa Lukuttsova. In addition, the roadmaps and activity plans will be formed jointly by Russian and Turkish humanitarian specialists.

During the press conference, Mr Kinik told media Turkish Red Crescent is ready to share its experience in managing migration crises in Turkey and the world.

His Russian counterpart, Raisa Lukuttsova, stressed the importance of strengthening cooperation between Russia and Turkey, especially in Syria where internal armed conflict almost smashed the country’s infrastructure and health service.

“The agreements with the Turkish Red Crescent are highly important especially in recent times, she said. “Today is a historical day, the agreement between two national foundations is so meaningful.”