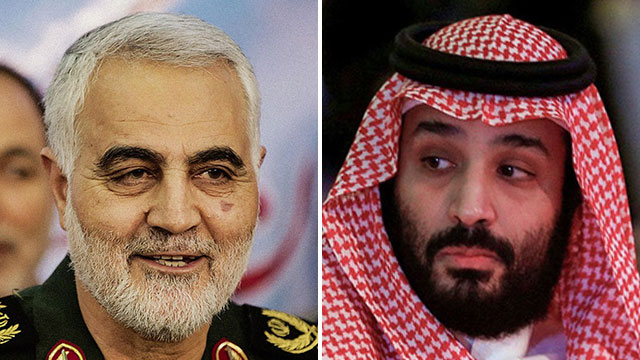 Saudi Arabia has commented on its position regarding Iranian General Soleimani’s death, AFP reported on Sunday. The official said that Kingdom was not consulted by the White House over a US drone strike that killed a top Iranian military.

Saudi Arabia sought to defuse soaring tensions in the region. Being a country, which is potentially vulnerable to possible reprisal attacks after US drone strike killed Qassem Soleomani, reportedly sending prince to US, UK to plead for restraint.

On Sunday, the Saudis confirmed it had not any kind of consultation regarding the US move. The point is the Kingdom is vulnerable to possible Iranian reprisals after Tehran vowed “revenge” following the strike on Friday that killed powerful commander Soleimani in Baghdad.

“In light of the rapid developments, the kingdom stresses the importance of exercising restraint to guard against all acts that may lead to escalation, with severe consequences,” the Saudi official added in the interview to AFP.

Taking into account the latest developments, King Salman emphasized the need for measures to calm tensions in a phone call on Saturday with Iraqi President Barham Saleh.

Another phone call, between Iraq’s PM Adel Abdel Mahdi and Saudi Crown Prince Mohammed bin Salman, has resulted in the common thought. The officials have stressed “the need to make efforts to calm the situation and de-escalate tensions,” the official Saudi Press Agency reported.

Saudi Arabia’s de facto ruler, the crown prince Mohammed, has instructed Prince Khalid bin Salman, deputy defence minister, to travel to the US and the UK in the next few days to urge restraint. That will be the most important diplomatic mission for the younger brother of Prince Mohammed ever. The royal planned to meet White House and US defence officials.

The attack on Qassem Soleimani caused the most dramatic escalation yet in spiralling tensions between Washington and Tehran. General’s killing has prompted fears of a major conflagration in the Middle East. The oil market also reacted immediately, the experts reported on Friday.

US leader ordered the drone strike, according to his own tweet. President Trump also has warned that the White House will hit Iran “very fast and very hard” if the Islamic Republic attacks the US personnel or assets.

A string of attacks attributed to Iran has caused anxiety in recent months as Riyadh and Washington deliberated over how to react.