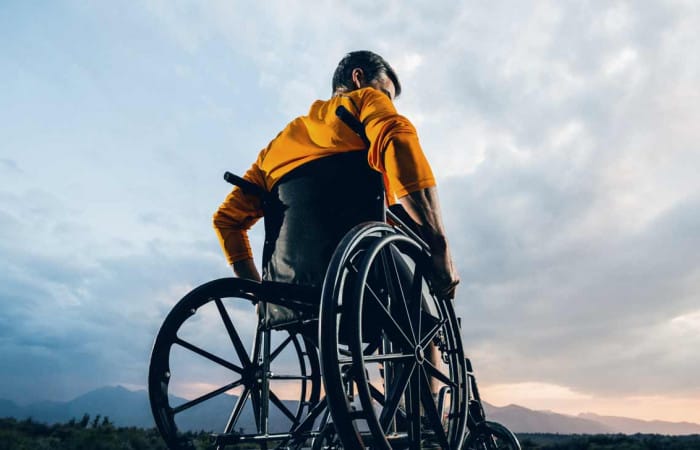 The wireless spinal implants that electrically stimulate to their remaining nerves are able to help people with paraplegia to walk again. In fact, the innovation is in its infancy, both scientists and patients believe it has the bright future, BBC reported.

The field of spinal cord injury is going to take a giant leap forward in the treatment of paraplegia, the Swiss scientists from École Polytechnique Fédérale de Lausanne said in their recent research. Thanks to the spinal implants, paralysis could be curable in the foreseeable future.

The publication in the journal Nature showed that spinal stimulation combined with a gruelling exercise regime helped to treat paralysis. Earlier, the US scientists have already made several steps towards wireless implants technology’s development, confirmed Chet Moritz from the University of Washington in Seattle.

The first of three EPFL patients with paralyzed legs, David Mzee, said his left leg used to be fully paralysed does a knee extension of the leg without electrical stimulation, flexes a hip and even moves the toes. After eight years of suffering, David is happy with such perspectives of wireless spinal implants.

How the spinal implants work

EPFL engineers have adapted an electronic implant originally made by Medtronic for deep brain stimulation in people with Parkinson’s disease.

Neurosurgeon Jocelyne Bloch inserted this array of 16 electrodes beside the region of the spinal cord that controls leg movements. Then switched on, the device boosts signals from the brain through the injured part of the spine to the legs. But he most surprised thing for the scientists was appearing to repair nerve damage in the spinal cord.

Dr Bloch said, “Selected configurations of electrodes are activating specific regions of the spinal cord, mimicking the signals that the brain would deliver to produce walking.”