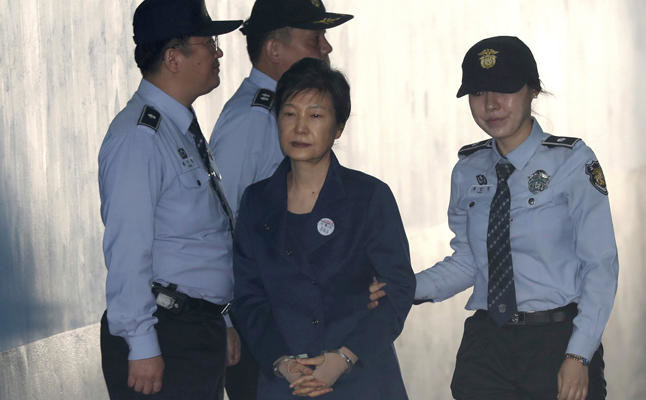 The 69-year-old Park Geun-hye, former South Korean President, was released from prison on Friday. She spent nearly five years after being convicted of corruption, and her releasing sparkled the debate over whether she would play any role ahead of a 2022 presidential election.

Park was impeached in 2017 over a scandal that also led to the imprisonment of the chiefs of two conglomerates, Samsung and Lotte. South Korea’s top court in January upheld a 20-year prison sentence imposed after Park was found guilty of colluding with a friend, but President Moon Jae-in granted a special pardon to Park last week. As he said, Park’s deteriorating health cause concerns.

Park Geun-hye thanked Moon for making a “tough decision”, while about 200 people held a protest in downtown Seoul against her release, the Japan Post reported.

On Thursday, hundreds of Park’s supporters braved freezing temperatures to celebrate her release, with more than 1,000 bouquets of flowers arriving.

So far, it was not clear if Park would resume any political activity but she said in a memoir released on Thursday that her conviction was politically motivated and she expressed hopes to “meet the people again one day.”

People Power’s presidential candidate Yoon Suk-yeol, who investigated the Park scandal as prosecutor-general, said on Friday he had done his job as a public servant, adding he would like to visit Park when her health improved.