Summit talks in Washington with Putin was Trump’s suggestion 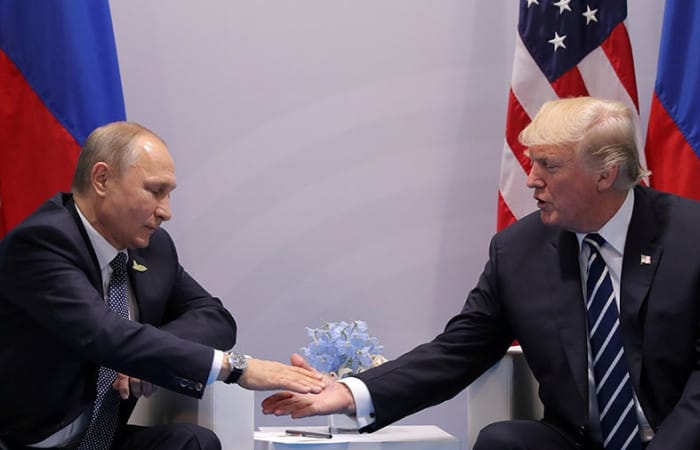 The White House’s head had a telephone conversation with Mr Putin on March 20,  during that conversation Donald Trump congratulated his Russian counterpart on becoming the President and suggested the time the two leaders discussed meeting in person.

Yury Ushakov, Putin’s aide, said on Monday that during a telephone conversation between Putin and Trump on March 20, the American leader logically suggested that the first meeting could be held in Washington. Since then, no preparations for a meeting were made, excluding the expelling of dozens of Russian diplomats from Washingon.

On March 20, the conversation of two presidents, American and Russian, which was constructive and business-like,  there was another breakdown in our bilateral relations. Sixty Russian diplomats were expelled, the consulate was closed and Russia had to give a tit-for-tat response to that, according to Mr Ushakov.

“Since March 20 – the day when the telephone conversation took place – there have been no specific discussions of a possible meeting,”

I the wake of the recent developments, it would be difficult to discuss a summit between the leaders of two superpowers. During these two weeks, there was no time for such discussions and no one to take part in them. However, Russia believes such an event “would be rather important and beneficial for both countries, as well as for the entire global community. The dialogue should take a place, and this dialogue will be constructive, believes Russian side.

President Putin’s aide Ushakov added that their governments didn’t have time to start arranging a meeting before the United States joined Britain and more than two dozen allies in sanctioning Russia over the nerve-agent poisoning of a Russian ex-spy in England.

Trump himself after the phone call told reporters that he hoped he and Putin would meet in the “not too distant future”.

“We had a very good call,” Trump said at the time, saying that he expected to meet to discuss the “arms race, which is getting out of control.”