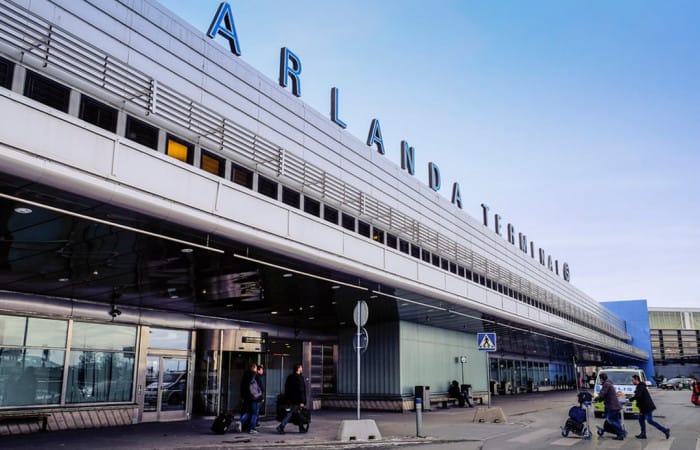 Sweden’s capital police confirmed that the passenger plane operated by Air India ran into an exterior wall at the airport building on Wednesday as the plane was taxing to its designated gate.

The incident in Arlanda Airport has not affected traffic at Arlanda, A spokesperson for Swedavia said. On Wednesday evening,  the tip of Air India plane’s left wing collided with a building some 50 meters from Terminal 5. According to the short press release issued by Stockholm police, the Boeing aircraft had just arrived in Stockholm from New Delhi with 179 passengers on board.

After an incident, the police confirmed that none of the passengers or crew members was injured. People who arrived Arlanda were able to disembark via a rolling stairway and then walk the short distance to the terminal.

A spokesperson for Swedavia, which operates a number of airports in Sweden including Arlanda, said that the cause of the accident wasn’t immediately clear.

“The plane came from New Delhi. We can’t say exactly what happened. We are looking into it,” Robert Pletzin told the journalists.

Fortunately, the incident has not affected traffic at Arlanda, said the experts. Video provided to Aftonbladet appears to show the tip of the plane’s left wing stuck in the exterior Arlanda Airport’s building’s wall, however, a witness told the incident resulted in “complete chaos”. Such an unordinary crash made the daily life of the airport very messy.