Swiss Post to use drones for lab sample deliveries in Zurich 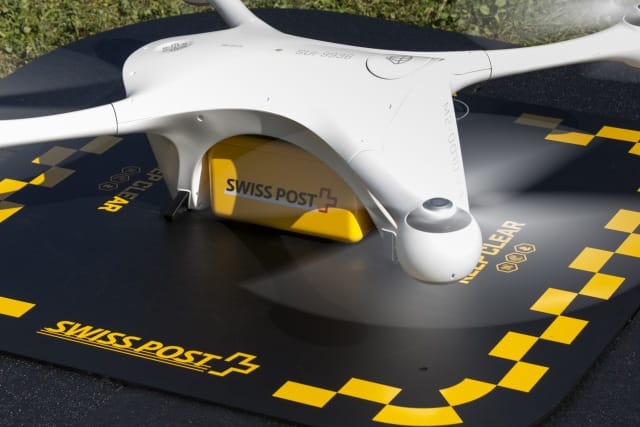 An idea to deliver the postal parcels to the residents of Zurich will become reality soon, The Local Switzerland reported. Thanks to the coordinated efforts of the researchers and a manufacturer Matternet, Swiss post got a new project, useful and perspective.

The pilot project is expected to last a year, during that period, Swiss Post, drone manufacturer Matternet, USZ and UZH will look at the long-term viability of autonomous drones. According to the Swiss Post, it will see drones deliver laboratory samples between University Hospital Zurich (USZ) and the Irchel Campus of the University of Zurich (UZH). Being at the forefront of new technology, Swiss Post is ready to start a new project this month.

In fact, the Swiss delivery services have already tried to use the drones for the small packets transportation, but three years ago, their realistic commercial use wasn’t too high.

The preliminary results are rather impressive but predictable: transportation of laboratory samples between USZ and UZH in Irchel is twice as fast by drone as it is by road. Rapid delivery is particularly crucial in the medical sector, the Swiss post noted in its statement. Really, the flying devices cut waiting times for patients and doctors alike.

December, 10 is the date of the project’s start, meanwhile, Swiss Post working closely on safety with the Federal Office of Civil Aviation (FOCA) and the Skyguide navigation service provider which monitors Swiss airspace.

Similar projects using drones to deliver laboratory samples have previously been carried out in Bern and Lugano. In 2015 it started testing parcel delivery by drone but said it did not expect their “realistic commercial use” for another five years.