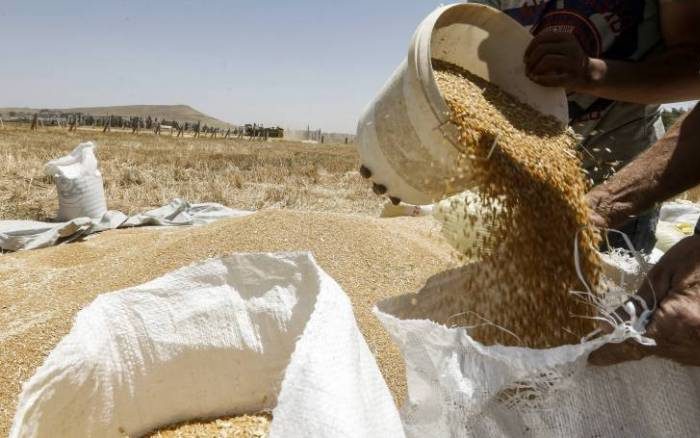 Syria is an agricultural country, and this year’s harvest promised to be exceptionally good. While the collapsed economy leaves millions hungry across the war-torn nation, the harvest booms brings hope, AFP reports.

Over the decade of the civil war, Syria is going to have the biggest ever harvest. Prior to being plunged into the bloody armed conflict in 2011, Syria produced enough wheat to feed its entire population but harvests then plunged to record lows. That made the country to boost its reliance on imports, mainly from regime ally Russia.

Fortunately, heavy rains and reduced violence this year led to a much-improved harvest, one that farmers and officials hope will soften the blow of an economic crunch that has plunged millions into food insecurity. Those who grow wheat don’t go hungry, the local farmers say.

In a bid to ease the crisis, many are looking towards the agriculture sector, which the UN says forms the largest part of the Syrian economy and contributes to the livelihoods of millions in rural areas.

According to the UN’s Food and Agriculture Organization, the Syrian farmers this year are able to use 70 percent of the land allocated for cereal production. «It was a blessed year, with plentiful rain, so we had to make use of it,» said Hisham al-Sayyad, a local agricultural official.

Despite sanctions and an economic siege, agriculture can help us achieve self-sufficiency. However, bigger harvests alone do not guarantee better lives for Syrians.

The US sanctions would only boost Syria’s agricultural production

To make the situation worse, fresh US sanctions came into force mid-June. That move is exposing anyone doing business with President Bashar al-Assad’s government to travel restrictions and financial penalties.

Commenting on the White House’s decision, Foreign Minister Walid Muallem said Syrians should wean themselves off imports and rely on local products to combat the effects of sanctions. The top diplomat added that the «economic blockade» on Syria would only boost agricultural production.

Haytham Haydar, the director of agricultural planning in the Syrian government, echoed this view. «We hope to return to large pre-war production levels» of wheat, which stood at around 4.1 million tonnes, he said from his Damascus office.

«Syrians will rely on their own production capacities to weaken reliance on imports as much as possible,» Haydar said.