Syria-Lebanon border battle against IS paused 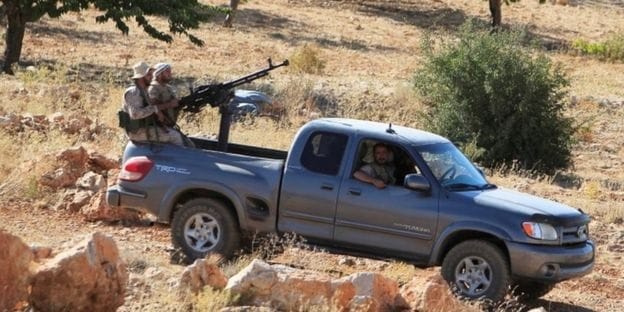 Hezbollah and the Syrian army announced a ceasefire in their assault against the Islamic State in Syria’s western Qalamoun region. Thus, Syria-Lebanon border battle against IS paused, Hezbollah’s al-Manar TV reports.

Last week, Lebanon and Hezbollah each announced they had made significant gains against IS jihadists, driving the militants back into a narrow part of the border enclave in the mountains.

During this week, the ISIS has been fighting two fronts simultaneously – Lebanese army on one front and Hezbollah with the Syrian army on the other. The Lebanese army announced its own ceasefire took effect at 7 AM local time but did not mention a ceasefire on Syria’s side of the frontier.

Northeast part of Lebanon saw one of the worst spillovers of Syria’s armed conflict into Lebanon in 2014 when the ISIS and other jihadists overran the border town of Arsal. The destiny of many kidnapped people still remains unknown, the human rights activists are still investigating this issues and looking for the traces of missed persons.

Gebran Bassil, Lebanese Foreign Minister, twitted his congratulations the Lebanese army on its “victory” over ISIS on Sunday morning from the Ras Baalbek military base in northern Lebanon. Mr Bassil stressed in his post that “there weren’t negotiations today, only a surrender” on the part of ISIS.