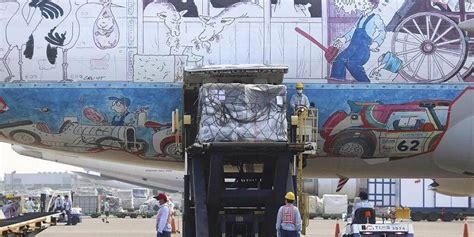 Taiwan received its first batch of Pfizer-BioNTech vaccines Thursday after a prolonged purchasing process that gave rise to a political blame game with China.

Taiwan’s Centers for Disease Control (TCDC) has been approved AstraZeneca, Moderna and the domestically made Medigen jabs in its anti-COVID programme so far and has vaccinated 43 percent of its population with at least one dose.

On Thursday, Pfizer-BioNTech vaccines have been added to others to accelerate the pace of inoculation on the island. The Asian country had been unable to buy the vaccine itself directly from BioNTech, the German company that had partnered with U.S.-based Pfizer to develop the mRNA vaccine.

Earlier, Taiwanese President Tsai Ing-wen accused China of blocking Taiwan from getting the Pfizer jab through BioNTech, saying that they had all but signed the contracts when the deal was delayed indefinitely. Beijing has denied any interference.

Chinese company Fosun Pharma has distribution rights for the vaccine in Greater China, a phrase Beijing says includes Taiwan. The Chinese officials said on social media Wednesday that it had supplied the batch of vaccines that was due to arrive.

The Pfizer-BioNTech vaccine will be given to 12-17-year-olds, Taiwan’s CDC had said.

Over the months, Taiwan has been using AstraZeneca, Moderna and the locally-made Medigen drug in its immunization campaign. At least 43 percent of the island’s population was inoculated with at least one dose so far. The Taiwanese priority remains to give out first doses widely.