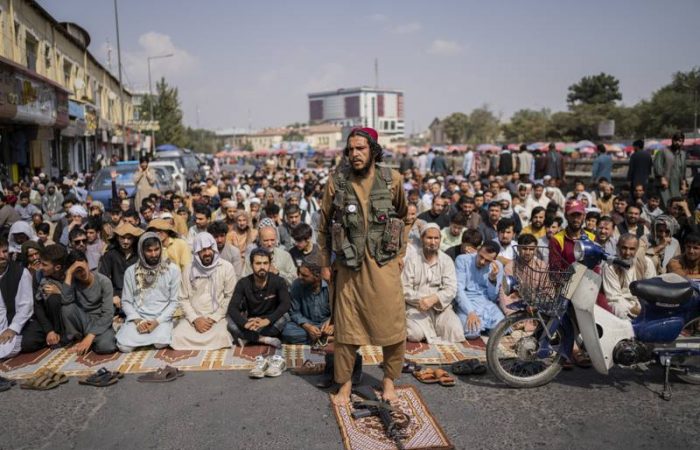 Taliban boss Mawlawi Hibatullah Akhundzada has made his first public appearance. Mr Akhundzada – referred to as ‘Amirul Momineen’ or commander of the faithful – gave a religious message.

The role of the supreme leader Mawlawi Akhundzada in the government is still not absolutely clear, taking into account his first statement. Amirul Momineen has released the document just hours after the announcement of the new cabinet, The National has learned on Sunday.

Actually, Akhundzada has been the spiritual chief of the movement since 2016 but has remained a reclusive figure. Following his group seized power in Afghanistan in August, his role remains unclear for the western journalists. Akhundzada’s low profile confuses everyone and even has fed speculation about his role in the new Taliban government.

There is no information about Akhundzada’s prowess on the battlefield, legal study or education. Believed to be in his 50s at the time, he is from Afghanistan’s southern province of Kandahar.

On Saturday, he visited the Darul Uloom Hakimah madrassa to “speak to his brave soldiers and disciples”. There was tight security at the event and no photo or video have emerged, but a 10-minute audio recording was shared by Taliban social media accounts.

During his speech, Akhundzada prayed for the Taliban martyrs, wounded fighters and the success of the Islamic emirate’s officials in this “big test”.

The only thing for sure, Akhundzada was appointed leader of the Taliban in 2016, just after a swift transition of power after the American drone strike killed his predecessor, Mullah Akhtar Mansour.

Over recent months, the UN is raising concerns that Afghanistan is heading towards a humanitarian disaster, with half of the country’s population struggling to find enough food.