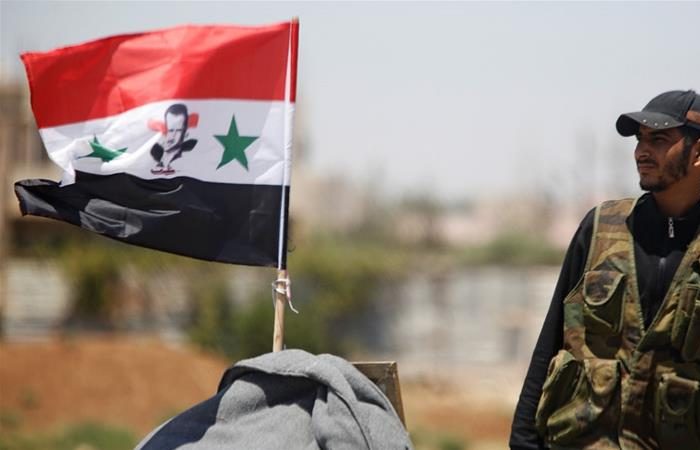 In Syria, terrorist from the Jebhat al-Nusra group blew up a bridge on the M4 highway where the Russian and Turkish forces patrol the territory, so-called “Putin-Erdogan zone. After the powerful explosion, the traffic on the strategic highway was stopped, TASS reported.

The explosion occurred near the mountain pass Jisr al-Shugur, after destroying the bridge, the passage was blocked along the highway in the vicinities of the village of El Kfeir. The terroristic act was reportedly aimed at disrupting Russian-Turkish patrols functioning.

The de-escalation zone in the Syrian province of Idlib remains a vulnerable territory. Despite the ceasefire came in effect under an agreement between Russia and Turkey, the situation is uneasy. The terroristic activity in the so-called Putin-Erdogan zone is intensifying week by week, especially after weather conditions sharply worsened in the region.

Vladimir Putin and Recep Tayyip Erdogan have signed an agreement on a ceasefire that entered into force in the Idlib de-escalation zone. Amid the peaceful efforts of Russia and Turkey, the Syrian leader Bashar al-Assad later said that if the US and Turkish military did not leave the country, Damascus would be able to use force.

The reason for the Russian-Turkish summit talks was a sharp aggravation of the situation in Idlib, where in January a large-scale offensive by the Syrian army against the positions of the armed opposition and terrorists began.

Government forces recaptured nearly half of the Idlib de-escalation zone and left behind a number of Turkish observation posts. Following that, Ankara significantly raised the number of its military troops in the northern region and launched the operation “Spring Shield” to push the Syrian regime forces. In fact, Turkey is also supported by militants loyal to it.