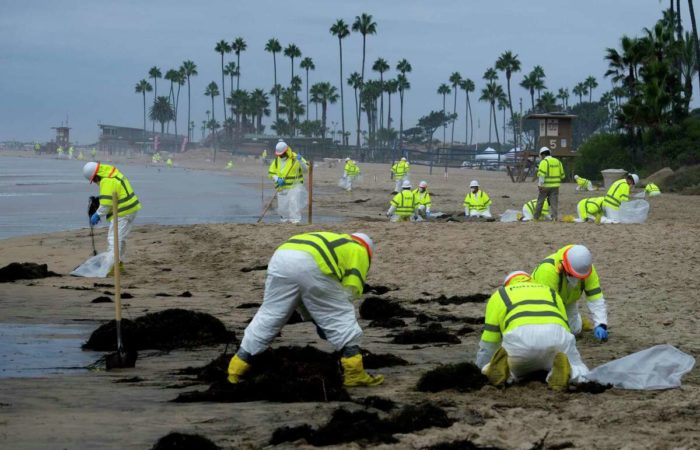 Amplify Energy, Houston-based oil and gas company, sues two major shipping companies for their alleged roles in last year’s oil spill. That natural disaster resulted in leaking some 25,000 gallons of crude oil from a pipeline off the coast of the Californian Orange County.

The complaint filed Monday in California District Court. The documents seeks damages from Switzerland-based Mediterranean Shipping Co and Capetanissa Maritime Corp., a subsidiary of Greek shipping giant Costamare. Their ships accused of dragging anchors over Amplify’s pipeline during a storm.

Amplify and its subsidiaries, which operate oil rigs and a pipeline off Long Beach, were charged in December by a federal grand jury with a single misdemeanor count of illegally discharging oil. The charge carries up to five years of probation for the corporation and fines that could total millions of dollars.

Commenting on the situation, Amplify said the blame doesn’t fall solely on its shoulders. In fact, its pipeline was damaged months before the spill was discovered in October. The event’s origins trace back to a winter storm in January 2021, when both ships stayed anchored in San Pedro Bay while 20 others headed for deeper waters as a storm approached.

A locations service that tracks vessels showed both anchored ships crossed the pipeline multiple times during the storm on Jan. 25, 2021, the suit says.

“Months later, the damaged and displaced pipeline leaked oil into the San Pedro Bay,” Amplify said in the suit. “Within days, the Coast Guard’s ensuing investigation into the discharge quickly revealed the Shipping Defendants’ roles in the oil discharge.”

The court asks that Marine Exchange be required to prevent ships from anchoring near pipelines during a storm and to warn pipeline owners about anchor-dragging incidents. The organization could not be immediately reached Monday.