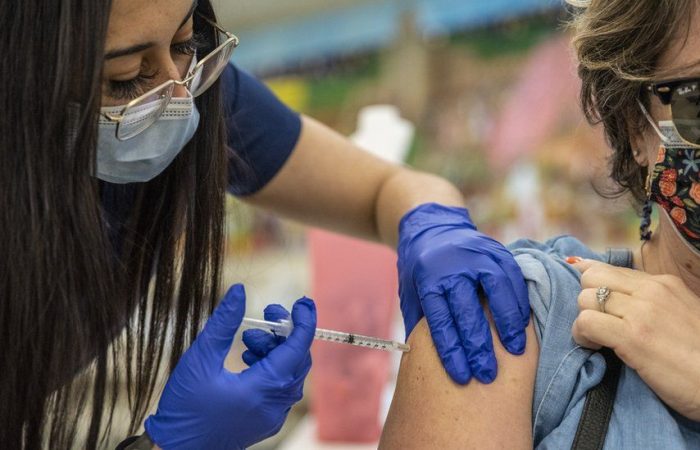 Texas Governor Abbott, a Republican, continues to remain one of the most vocal US leaders opposed to making COVID-19 vaccines obligatory, 9News reports.

The Texas leader has made similar edicts since the start of the pandemic, but this is the first to include private employers and their customers. Governor Abbot on Tuesady has called on state lawmakers to pass a ban into law.

“The Covid-19 vaccine is safe, effective, and our best defence against the virus, but should remain voluntary and never forced,” Mr Abbott said in a statement.

The move will pit him against Democrat President Joe Biden, who called on firms last month to introduce mandatory vaccines for their staff.

Normally, state executive orders usually carry the force of law but can be invalidated by a judicial review if they are deemed in violation of state laws and codes.

It is not the first move of Abbot, the governor lifted the state’s mask mandate. He also signed an executive order in August against vaccine mandates by government agencies, including public schools and universities.

Just hours after the order, two Texas courts ruled against it and the local Education Agency announced that it would not enforce the ban.

Commenting on the current situation, Mr Abbott tested positive for coronavirus in August during a state-wide surge of cases of hospitalisations. He credited his quick recovery to being fully vaccinated.

Mr Abbott knows the way the wind is blowing. “He knows conservative Republican voters are tired of the vaccine mandates and tired of him being a failed leader,” tweeted Mr Huffines.

Leaders of US, Mexico and Canada to meet in Washington on Nov 18