The reaction of the Ukrainian ambassador to Putin, the accusations were perceived as dangerous 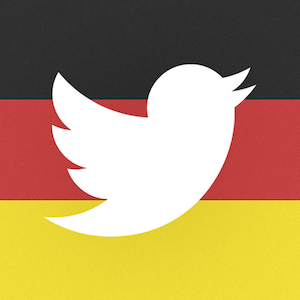 Residents of Germany expressed dissatisfaction on Twitter with the attitude of Andrey Melnik after Ukraine, for his reaction to Putin’s statements with a warning from the authorities of France and Germany.

Recently, Vladimir Putin said that the continued supply of arms to Ukraine from the West could lead to destabilization of the situation and exacerbation of the humanitarian crisis. To which Andrei Melnik replied: “We must take this seriously, otherwise Germany will face an aggravation of the situation, and then there will be a nuclear strike.”

“This warning is expected. You quickly achieved your goal: dragged Germany into the conflict. Only now you don’t need liver sausage, weapons and money,” wrote user Maik Krüger.

“Of course, you would have brought it to this with your chicken brains. Thank God you are not in his (Scholz. — Approx. ed.) place,” writes Fred Schunke.

“Mr. Melnik, you are an annoying provocateur from an extremely corrupt state. By the way, it is possible that Ukraine will sell the weapons it has received,” wrote xx_jxxxstin_xx.

“Our chancellor thinks about the security and well-being of his people differently than in Ukraine. An actor was in power there. He thought he could defeat the world power Russia and for this he destroyed his country. The reality is a little different from the cinema,” commented Sami Mukbel.

“I’m sure you want to drag half of Europe into the abyss. And let’s hope no one falls for it. P.S.: my wife didn’t know who you were and haven’t seen you until today. “What a fake face this man has” , she told me,” wrote PyramidHead.