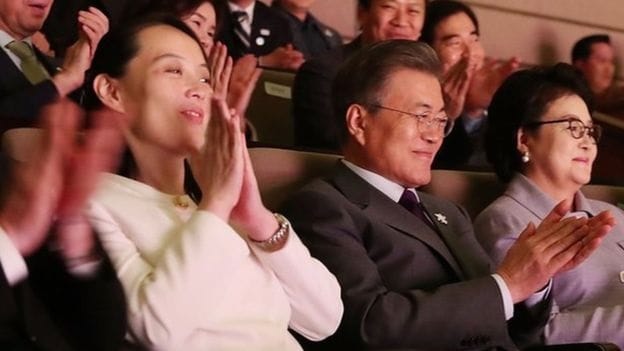 The friendly tone struck by the two countries, North and South Koreas, became a real surprise to the international community. Especially, as the Games began in Pyeongchang, the South Korean and North Korean athletes walked in the opening ceremony as a joint team, the experts started to guess, will the Olympics repair tensions between the neighbouring states?

The possibility of talks between North and South Koreas when it shows interest – as it suddenly did in January – is always going to raise hopes in a world desperate to find a way to rein in Pyongyang without conflict. However, previous negotiations have collapsed and – happy atmospherics of the Olympics aside – little has changed.

No need to forget that the North Koreans are canny, tough negotiators, but the majority cannot forget another fact: how Korean athletes shared flag a neutral image of a “unified” Korean peninsula on a white backdrop.

The weight of expectation based on unusually friendly words has certainly been high. Widespread news coverage – both in South Korea and around the world – has seen suggestions of a breakthrough in inter-Korean relations. South Korea’s liberal media has spoken of an “Olympic spirit” smoothing talks with the North, as has the liberal administration of President Moon Jae-in.

However, the real political situation is far from the total happiness. For South Korea, the main concern is that the North could ask for a halt to joint South Korean and US military exercises, in exchange for a vague promise of a freeze to its missile or nuclear programmes, on which it will then cheat.

Decades of talks have not yet brought reconciliation and, at the risk of sounding excessively gloomy, the likelihood is that relations will return to form – tense, uncomfortable and worrisome, but also stable. The Korean status quo has been remarkably constant since the end of the Korean War 65 years ago.