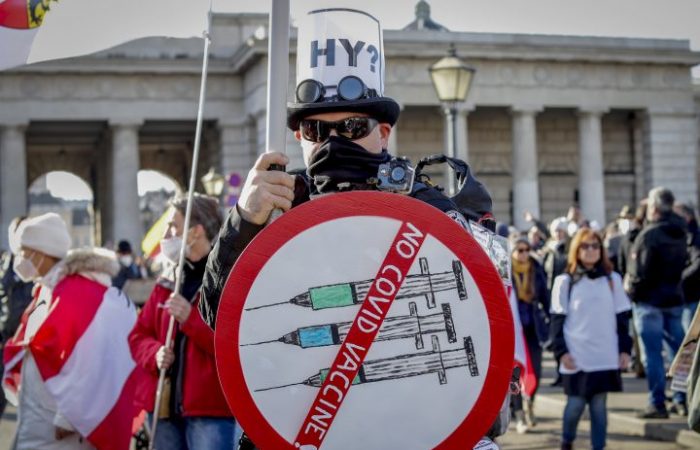 The Austrian police have to stop thousands of protesters gathered in the capital city on Saturday after the government announced a nationwide lockdown beginning Monday. The unpopular measure aimed at containing the Alpine nation’s skyrocketing COVID-19 infections.

On Saturday, the far-right opposition Freedom Party was among those who have called for the protest and vowed to combat the new lockdown.

The Austrian lockdown will start November 22. Initially it will last for 10 days, and then it is reevaluated. At most, it will last for 20 days, officials said. Most stores will close while all cultural events will be cancelled. People will be able to leave their homes only for certain specific reasons, including buying groceries, going to the doctor or exercising.

As the march kicked off on Vienna’s Heldenplatz, thousands of protesters gathered on the massive square. About 1,300 police officers were on duty. They used loudspeakers to tell protesters masks were required, but most didn’t wear them.