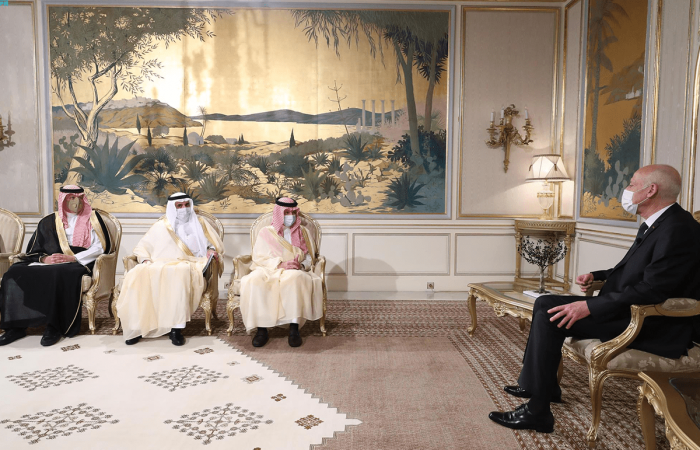 The Tunisian Presiden reiterated his thanks to Saudi Arabia for the assistance it offered Tunisia. The North African nation faced a deep crisis in the political, economic and health sectors.

In his turn, the Saudi king recently directed the King Salman Humanitarian Aid and Relief Centre to urgently supply oxygen and other medical supplies to help Tunisia to cope with the coronavirus. Five Tunisian hospitals have received at least 3,000 oxygen cylinders, oxygen generators, containers to transport 200 tonnes of liquid oxygen, and special oxygen support supplies.

Commenting on the continuing assistance, the Saudi minister affirmed: “the Kingdom’s keenness to continue to stand by Tunisia and to provide all the required support to the Tunisian people in all fields”.

Tunis thanks Saudi Arabia for its support amid crisis

Kais Saied also stressed that the situation in the country is alarming. regarding the last month’s developments, “there is no room for going back”, Tunisia President said.

Over a year, Tunis is facing an unprecedented crisis that had increased the people’s misery and poverty and deprived them of their strength and resources.

On 25 July, President cited Article 80 of the constitution to dismiss PM Hicham Mechichi, freeze the work of parliament for 30 days,. Additionally, Saied lifted the immunity of ministers and appoint himself as head of the executive authority until the formation of a new government.