Tunisia’s president, 92, dies after being in intensive care 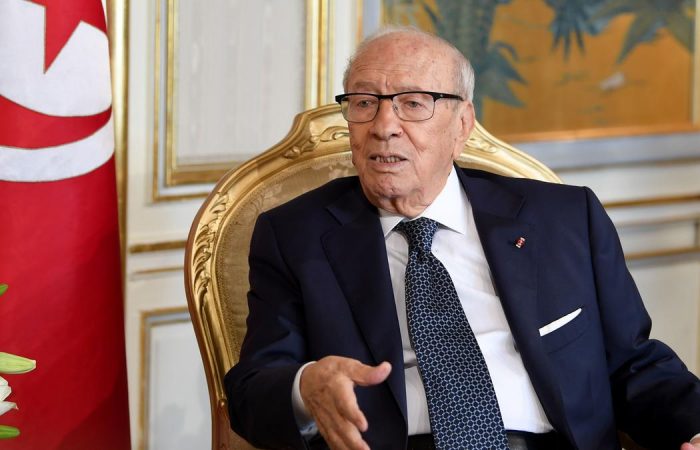 Tunisian President Beji Caid Essebsi has died at the age of 92, Al Arabiya reported on Thursday. The national leader was hospitalized on Thursday due to ‘severe health crisis’ but hours later he passed away, the office of the presidency announced.

Tunisia mourns after the media announced that President Beji Caid Essebsi has died on Thursday at age of 92. Radio station Mosaique and state broadcaster Wataniya confirmed that Mr President was taken to a military hospital on Wednesday night for the third time in recent weeks for unspecified health trouble.

On Thursday, Tunisians were expected the presidential address because of Republic Day but instead, they heard the sad news. The national leader was the first democratically elected president.

Beji Caid Essebsi took office in 2014 in the wake of the country’s Arab uprising. Amid the wave of fresh uprisings across the North African region, the wise politician announced he would not run in the election scheduled for November 17, saying a younger person should lead the country.

President Essebsi’s office released a video of the president meeting with the defence minister on Monday, with the 92-year-old president looking visibly weakened, raising concerns about his fitness for the position.

A veteran politician, Essebsi served as an adviser to Habib Bourguiba, the father of Tunisia’s independence from France, holding a number of key jobs under him and later under Ben Ali.

Over the years, Essebsi was director-general of the national police and interior minister. He later held the defence portfolio before becoming ambassador to France.

He became prime minister after the 2011 uprising and organised parliamentary elections later that year. Essebsi is the founder and chairman of the secularist Call of Tunis party who always insisted on the importance of the young people in politics.