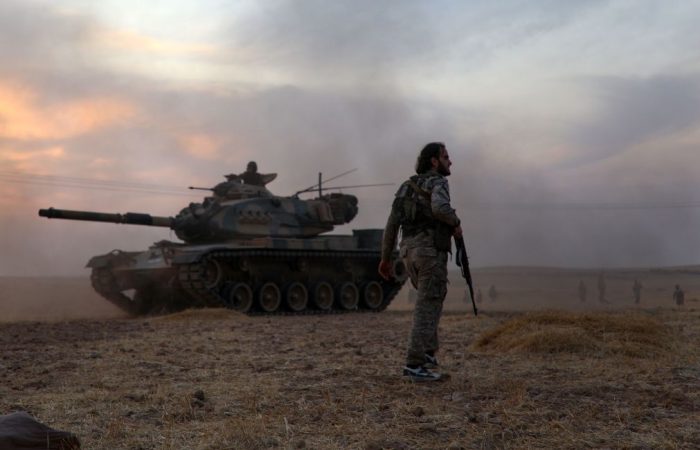 Turkey announced a 120-hour suspension of its offensive late Thursday, the AFP reported. However, sporadic clashes between Turkish forces and Kurdish groups were ongoing in a battleground Syrian border town on Friday.

Ankara’s announcement of a five-day truce has surprised the political experts, even such a short ceasefire is a very important step. Under the deal reached after US Vice President Mike Pence flew to Ankara, Kurdish forces are required to withdraw from a border strip 32 kilometres deep, which will become the «safe zone» long sought by Turkey.

Ankara is insisting that the agreement is not a ceasefire, but only a «pause» on operations in the region, reflecting Turkish views of the status of the Syrian Kurds.

Rami Abdul Rahman, head of the Syrian Observatory for Human Rights. said there was a lull in fighting in much of the rest of northeastern Syria.

«There are sporadic artillery strikes and you can hear shooting in the town of Ras al-Ain,» said Rami Abdul Rahman, head of the Syrian Observatory for Human Rights.

According to Rahman, both the Turkish military and its Syrian allies were involved in the fighting with the Kurdish-dominated Syrian Democratic Forces (SDF). Ras al-Ain has been a major goal of the Turkish offensive since its launch on October 9 but the town’s Kurdish defenders have put up fierce resistance.

The SDF said they were «ready to abide by the ceasefire» in the border strip between Ras al-Ain and Tal Abyad.

The US vice president Mike Pence said during a press conference announcing the agreement that the US is «going to be using all the leverage that we have of having fought alongside Syrian Democratic Forces in the battle against ISIS to facilitate their safe withdrawal». Pence stressed the negotiated «outcome will greatly serve the interests of the Kurdish population in Syria.»