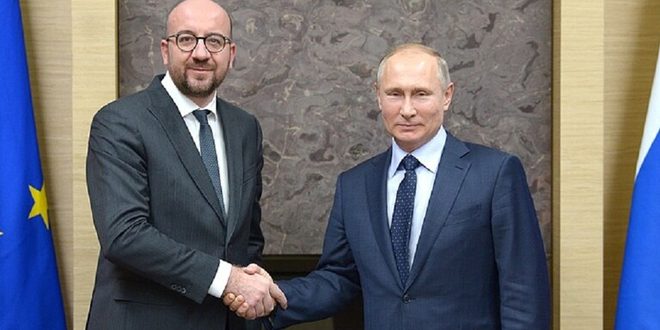 The EU seeks ways to supply the Idlib province with humanitarian aid, said Josep Borrell on Friday. That is why the top EU diplomat welcomed a ceasefire deal between Moscow and Ankara.

Both Russia and Turkey agreed to halt the airstrikes of Syria’s Idlib region, saying the bloc could now step up help for suffering the innocent local population. Following the meeting between Putin and Erdogan, the EU’s foreign policy chief told journalists before chairing a meeting of EU foreign ministers in the Croatian capital on Friday.

“The ceasefire is good news. Let’s see how it works, but it is a precondition to increase humanitarian help for the people in Idlib,” Borrell said and added that now Brussels have to concentrate the efforts on the humanitarian side.

During his meeting with the President of Turkey in Moscow on Thursday, his Russian counterpart said that the situation in Syria’s Idlib had reached the peak of tension. Thus, it required direct talks between the two leaders, asserting that it is necessary to discuss the current situation so that it is not repeated, Syrian Observer reports.

Regarding the Turkish soldiers who were killed while supporting terrorist organizations in the Idleb countryside, Putin pointed out that the Russian and Syrian military personnel were not informed of their position.

Prior to starting the meeting with Recep Erdogan, the spokesman for Vladimir Putin said in a statement that Russia is committed to the Sochi agreement, and supports Syria’s territorial integrity. Moreover, Moscow is supporting Syria in its war against terrorist organizations, including those organizations which are listed by the UN Security Council as terrorist entities, Dmitry Peskov added.

The Russian Defense Ministry underlined that the Turkish regime flagrantly violates the Sochi agreement that has been reached with the Russian side and continues to support and arm terrorist organizations in Idlib.

On a separate note, Mr Putin discussed the situation in Syria during a phone call with President of the European Council Charles Michel, particularly the situation in Idlib after Turkish regime-backed terrorist structures escalated their hostile activities in the fragile region.

On Thursday, Kremlin’s statement reported that during the phone call the two sides gave special attention to the humanitarian issues.