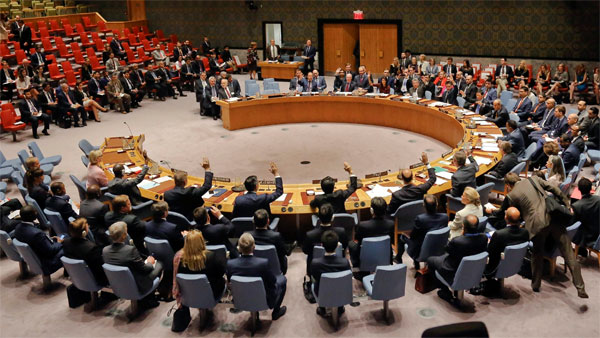 The United Nation Security Council’s meeting will hold on Kashmir for the first time since 1965, OneIndia reported on Friday. The rare diplomatic event demonstrates the importance of that issue and the readiness of the international community to pay attention to the ‘India Pakistan Question’ in the UNSC agenda.

For the first time after 54 years, the UN Security Council holds today the special meeting dedicated to India-Pakistan issue. The vent planned to start on Friday at 7:30 PM, IST.

The discussions to be held today is being referred to as a closed-door consultation. This means it would not be considered a total security meeting.

According to Foreign Minister Shah Mahmood Qureshi, the point is Beijing had formally asked for «closed consultations» in the UN Security Council to discuss India revoking the special status to Jammu and Kashmir after Pakistan, China’s closest ally.

During his bilateral meeting with China’s foreign minister Wang Yi on Monday in Beijing, External Affairs Minister S Jaishankar conveyed that the decision to revoke the special status of Jammu and Kashmir was an internal matter for India.

According to the Chinese diplomat, Jammu-Kashmir issue related to changes in a temporary provision of the Constitution of India and was the sole prerogative of the country.

meanwhile, Mr Jaishankar noted that the legislative measures were aimed at promoting better governance and socio-economic development and there was no implication for either the external boundaries of India or the Line of Actual Control (LAC) with China.

China backs Pakistan’s move to approach UN on Kashmir issue «India was not raising any additional territorial claims. The Chinese concerns in this regard were therefore misplaced,» he said. Jaishankar told China’s foreign minister Wang Yi that these changes had no bearing on Pakistan as it was an internal matter.