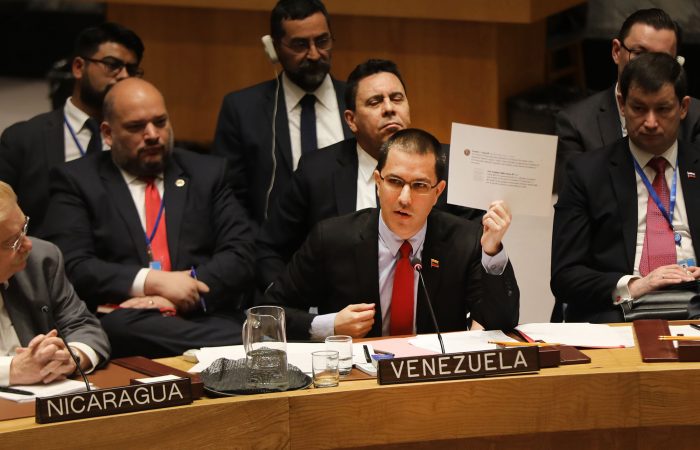 The UN Human Rights Council (UNHRC) made a decision to send a fact-finding mission to Venezuela after Michelle Bachelet visited Venezuela in June. As Anadolu reports, the international organization intends to probe human rights violations in the Latin American country.

The Lima Group asked UNHRC to vote for sending the fact-checking mission to Venezuela. While it faces the deepest ever crisis, the human rights in the country continue to be violated, the activists said.

The bloc of 12 Latin American nations is expressing concerns regarding the «widespread targeted repression and persecution on political grounds» in Venezuela. According to the UN’s refugee body, about 5,000 people leave Venezuela every day because of «instability and uncertainty». Since 2015, three million Venezuelans have had to leave the country. The fierce power battle between Maduro and Guaido has even worsened the situation in the country.

Lima Group’s aim is to find a solution to Venezuela’s social and economic crisis — was approved by the UNHRC with a simple majority. While 19 members voted for the motion, seven voted against and another 21 were abstentions.

The Council’s resolution mentioned «excessive» use of force against peaceful protests and arbitrary detentions, tortures, ill-treatments and extrajudicial executions during security operations.

A team of two UN officials stayed in the country after Ms Bachelet’s visit, with an agreed mandate to provide technical assistance and to monitor the human rights situation.

After her visit, Bachelet reiterated her concerns several times over «grave» violations of economic, social, civil, political and cultural rights, documented in the UN action alerts published since July.

Venezuela’s economy has been in swift decline, following a global downturn in the price of crude oil, the country’s main export. The ongoing political unrest has also affected the country’s financial stability.