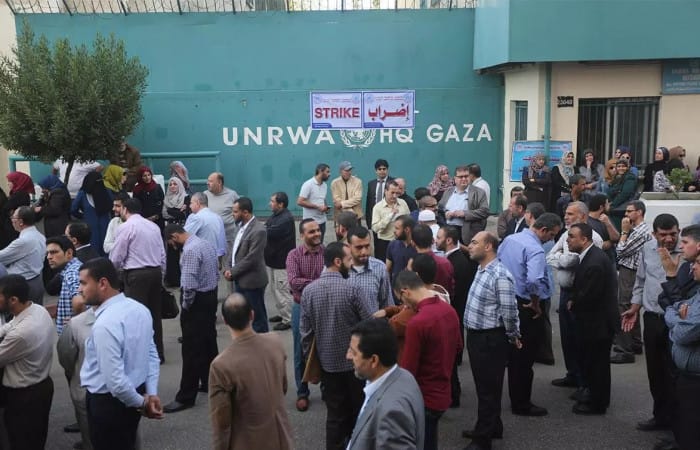 The US has stopped the financing of the UN agency for Palestinian refugees, that move made angry Palestinian authorities. A spokesman for Mahmoud Abbas tagged the move was an “assault” against his people, BBC reported.

The Trump administration preferred to end the funding of the UN Relief and Works Agency (UNRWA), the official announcement was made on Friday afternoon. That body was collecting the funds for the Palestinian refugees in the occupied West Bank and Gaza as well as neighbouring countries. The reaction of Palestine followed immediately:

“Such a punishment will not succeed to change the fact that the United States no longer has a role in the region and that it is not a part of the solution,”

a spokesman to Palestinian President told mass media. Nabil Abu Rudeina underlined the decision was “a defiance of UN resolutions”.

In fact, White ouse decision prompting outrage from Palestinians and warnings that the move could spark unrest in the region. Palestinian leader’s spokesman said that Palestinians, wherever they live, deserve better than an endlessly crisis-driven service provision model.

“They deserve to be able to plan for the future,”

The US is the single biggest donor to UNRWA, giving around $350 million (£254 million) per year, and the cuts may force the agency to pare back education and medical services for 5 million Palestinians. The changes closely align with the goals of Benjamin Netanyahu, the Israeli prime minister, to close down UNRWA and take the question of refugees off the negotiating table in future peace talks with Palestinians. In other words, UNRWA sets back the peace process, according to Netanyahu.

The White House had also been expected to announce that it was abandoning the traditional definition of a Palestinian refugee and only recognising around 500,000 Palestinians as having actual refugee status. They were still believed to be considering the second phase.

Taken together, the moves would represent a dramatic shift in US policy on one of the most sensitive issues in the Israeli-Palestinian conflict.