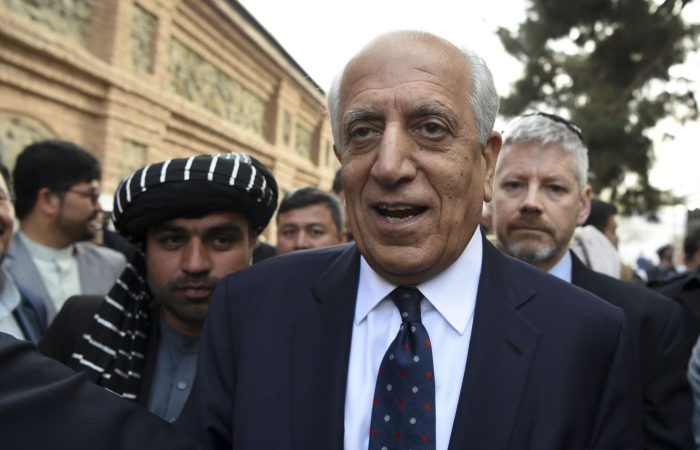 U.S. envoy to Afghanistan Zalmay Khalilzad confirmed on his Twitter that a new date for intra-Afghan peace talks is under discussion.

The top American diplomat to Afghanistan believes it would be best if the discussions on intra-Afghan negotiations began while a significant number of American troops were still in Afghanistan.

Commenting on the latest developments on May 15, Mr Khalilzad told reporters that he will travel soon to push for a de-escalation in violence and for the release of prisoners. As the US official added, Washington has heard positive things about the formation of an inclusive Afghan government, RFEFL reported.

In fact, disagreements over the composition of the government and the pace of prisoner releases have delayed talks between Kabul and the Taliban to end more than 18 years of war. The talks were to begin on March 10 under a landmark deal signed in February between the United States and the militant group.

Being an integral part of the talks, the Taliban has ramped up attacks in recent weeks despite a pledge to reduce violence, a tactic that may be employed to strengthen its negotiating position. Meanwhile, ISIS fighters also continue to conduct deadly attacks on Afghan security forces and civilians.

The US envoy to Afghanistan acknowledged that the U.S.-Taliban agreement does not specifically bar attacks on Afghan government forces. The Western-backed government in Kabul was not a party to the deal, indeed.

Though he did not mention Khalilzad by name, Afghan Vice President Amrullah Saleh said some people were naive for accepting Taliban lies and blaming the «fictional» ISIS faction in Afghanistan for the recent hospital attack.

“Neither the Taliban hands nor their stained consciousness can be washed of the blood of women, babies & other innocent in the latest senseless carnage,” Saleh, a former intelligence chief, said on Twitter.

Meanwhile, the Oval Office is continuing its drawdown of troops from Afghanistan, and the Pentagon expects to meet a timeline agreed with the Taliban, a Pentagon spokesman confirmed on May 15.