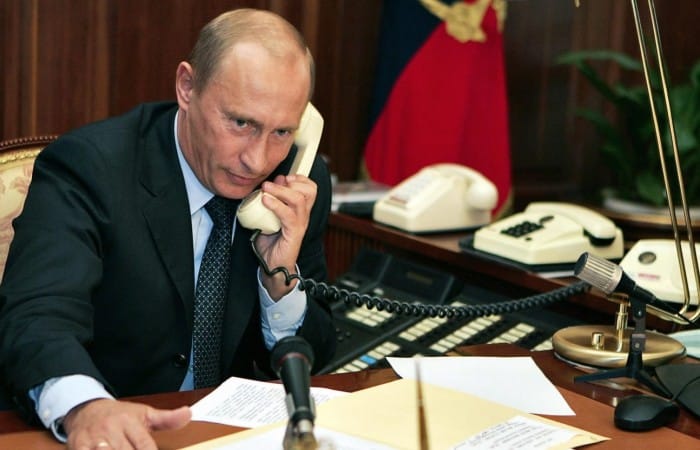 Vladimir Putin and Donald Trump had the phone conversation for more than an hour, the Russian President briefed his American counterpart on a plan to end the war in Syria. To Bashar al-Assad, the healthy peaceful perspective for his country means a lot, the Syrian leader is grateful to Vladimir Putin for his continuing efforts to stabilize the situation in the Middle East.

After meeting with the Syrian President Assad on Monday in Sochi, Russian president Putin hosted a summit with leaders of Turkey and Iran. The most important moment in it is the bypassing UN by the leaders of the countries, which are seeking the peaceful way to end the war in Syria.

During the summit on Wednesday, the leaders expected to discuss Putin’s plans for fresh deconfliction zones and a Syrian national dialogue to draw up a new Syrian constitution that would leave President Assad entrenched and entitled to stand for election again.

President Putin has sought Donald Trump’s broad endorsement for his plan to bring the Syrian civil war to a close on largely Russian and Iranian terms, after the defeat of Islamic State and the repeated pushbacks of Syrian rebels.

Vladimir Putin plans to hold a Syrian national dialogue in early December to which he will invite hundreds of Syrian groups that have reached reconciliation agreements with Assad. It is worth to note that UN Geneva talks are due to restart on 28 November, and the western diplomats fear Putin has decided in effect to bypass the deadlocked UN Syrian peace process in UNG.

Western diplomats are urging Putin to recognise that an imposed settlement that leaves dissidents excluded will only lead to further bloodshed, and a European refusal to provide reconstruction funds.

In the four-hour meeting, Putin told Assad, according to the Kremlin:

‘We’re still a long way off fully defeating terrorism. But as far as concerns our work … on Syrian territory, the military operation is coming to an end.’