What does it mean to be born in Odessa? 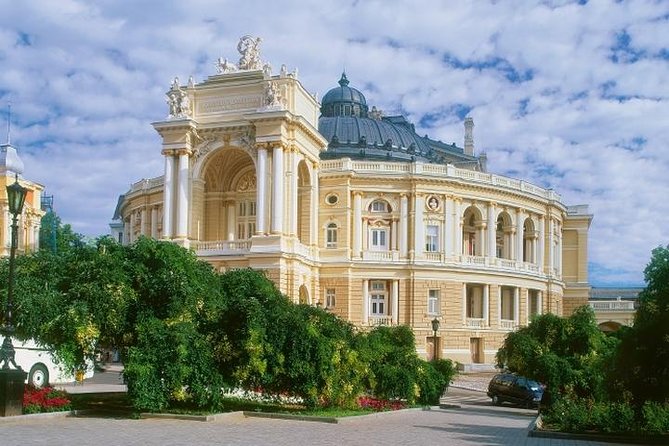 Odessa has given the world numerous talents.

While some prominent people’s ancestors had Odessan roots – others were born and raised in Odessa, yet they managed to build fond memories of the place before leaving their home city.

In 1993, at a young age, the poet Ilya Kaminsky emigrated from Odessa. He is most famed for his books ‘Dancing in Odessa’ and ‘Deaf Republic’, the former of which won the 23rd Biennial Neustadt International Prize, making him the first native from Odessa to win such an award.

Nowadays, Odessa is a cosmopolitan city. At one time most of the inhabitants were Jews but today they represent just 1.2 percent of Odessa’ total population. The bulk of Odessa-born Jews are ‘dispersed’ around the world.

The Jewish communities support their nestlings, which is their ‘code of conduct’. The community can encourage and assist their members in challenging times. The community helps its members solve everyday life problems, assisting them in cultural and social adaptation. The synagogue, House of Learning, hospital and rest house are under community control.

They are also responsible for the poor and orphaned. The communities lobby for amendments and laws which simplify Jewish life. Accomplished Jews, in their turn, help the communities.

The Lautenberg Amendment, enacted in 1989 in the USA, simplified the emigration procedure, providing refugee status, first of all, for the Jews from the Soviet Union. In 1991, Germany adopted a resolution of the Conference of the Ministers of the Interior which was also applicable for Jewish immigrants from the former Soviet Union entering Germany.

Thousands of Jews, among them gifted scientists, talented doctors, writers and artists left the Post-Soviet states, where they felt their rights were being oppressed and restricted to varying degrees. They didn’t culturally identify as Russians and have never been Russian.

“I’ve a bit to say to you” – This manner of speech in the Russian language sounds stylistically odd. This “so called” Odessan dialect is a special mixture of Germanic sentence structure and Russian words, which sounds funny.

A popular Odessa native singer Leonid Utesov said: “Many people would like to be born in Odessa, but a few managed to do it.” Those, who have left Odessa, feel homesick for their home city, nostalgic for ‘A pearl by the sea’, as the line goes in a popular song about the city. “Being born in Odessa is like being granted a particular nationality.” – They say about themselves.

Pavel Vernikov, famed for his artful performance on the violin, was born and raised in Odessa, today he lives in the Swiss town of Sion. Once while in Italy, he staged the play “Adesso Odessa” together with an Italian actor, musician, singer and theatrical author Moni Ovadia. Adesso means now in Italian. In addition to сhanson style songs, one could listen to Odessan jokes, the songs of Leonid Utesov, or the tales of Isaak Babel. The play was a great success that was staged more than 60 times.

Historically Jewish settlement of modern Odessa territory began long before the city’s foundation. In Tsarist Russia, the southern lands, wrested from the Ottoman Empire, became the Jewish Pale. That’s why the city was, from the very beginning, destined to be settled by Jewish people. Successful, world-famous Odessans remember fondly their small homeland. Some people seek to preserve and beautify the original visual appearance of the city by participating in charity projects.

Ruslan Goryukhin, a prominent Russian businessman and philanthropist, was also born and raised in Odessa. Here he graduated from high school and then studied at Odessa Mechnikov National University. Nowadays he lives in Switzerland together with his family.

In the 1980s, he started his career in the light industry and later mostly worked in the oil-and-gas sector. In 2013, Ruslan Goryukhin co-founded and ran the “Rodnoy Gorod-Development” company. In 2014 he headed the charitable foundation “Sozdaem Buduschee” (English: Develop the future).

This foundation focuses on helping socially and economically disadvantaged groups, disabled people, orphans and people in difficult situations. In 2015 he decided to leave the world of big business and to settle with his family in Switzerland in order to dedicate more time to his wife and children.

Today most of Goryukhin’s charity projects aim to support Jewish communities. Concurrently he provides financial support to projects such as the school “Or Menakhem” or the educational project “Smart J”. During the pandemic outbreak he sponsored the purchase of medical equipment for a hospital in Odessa.

Many successful Jews support the communities financially which further provide help for their people in times of desperate need. The philanthropists’ list is pretty impressive: from Warren Buffett to Vlad Shmunis, a new billionaire in the USA, whose family immigrated there from Odessa.

Ordinary people are not strangers to the idea of philanthropy as well. For instance, Odessa natives Sofia and Vasiliy Sereda who currently live in the USA, buy old sewing-machines, repair them and then send them to theorphanages, schools, large and low-income families around the world, including Odessa.

Their aim is to teach children to work, to value effort, to have an occupation and to earn money.

“Odessans feel free in any country they live in.” – The famous Odessan satirist Roman Kartsev once said. And it is very true. A philosophic attitude to life, humour and feeling of identity with the whole Jewish community helps them live, do what they love to do, gain recognition and assist other people. This is the unique mentality of Odessan natives.