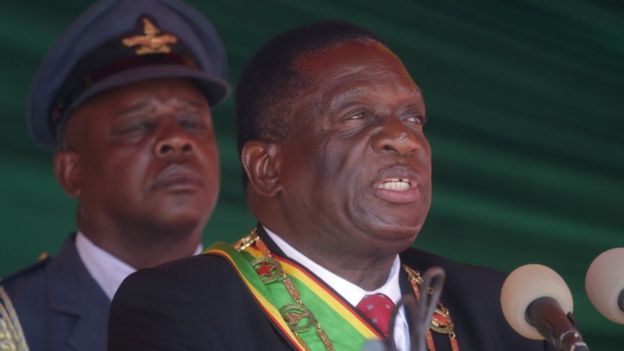 During the clashes between police and activists in Harare, at least one person was seriously injured. The police fired tear gas and beat protesters with batons after supporters of the opposition MDC Alliance defied a prohibition order banning a march planned for Friday morning.

Video and still pictures from the scene show officers beating protesters with batons as they chased them from the streets. Several people were seen lying on the ground motionless and receiving medical attention.

The protesters insist they weren’t armed but the police just beat them while they were sitting on the street. Harare police’s methods remind people the times of being a colonial country, many even believe that this is worse than during colonial times.

Anti-government protests were called off due to a police ban

In fact, Zimbabwe’s main opposition group has called off anti-government protests in Harare at the last minute, after failing to overturn a police ban.

While Zimbabwe’s High Court rejected an MDC application to overturn the order Friday morning, several hundred people showed up at African Unity Square in central Harare anyway. They were sitting mostly but police used the tear gas against the activists.

On Saturday, The MDC said 80 people had been detained. Speaking after the clashes, MDC leader Nelson Chamisa vowed to continue to bring followers on to the streets until President Mnangagwa’s government was overthrown. However, the opposition leader said he would seek to avoid “confrontation” that could lead to bloodshed.

Today, Zimbabweans say they are confused because life in the country today is worse than it was under the former president Robert Mugabe. Inflation is at a 10-year high, shrinking Zimbabweans’ salaries, pensions and other financial support from the government. Shortages of fuel, power and water are widespread, and the price of bread has increased five-fold since April.