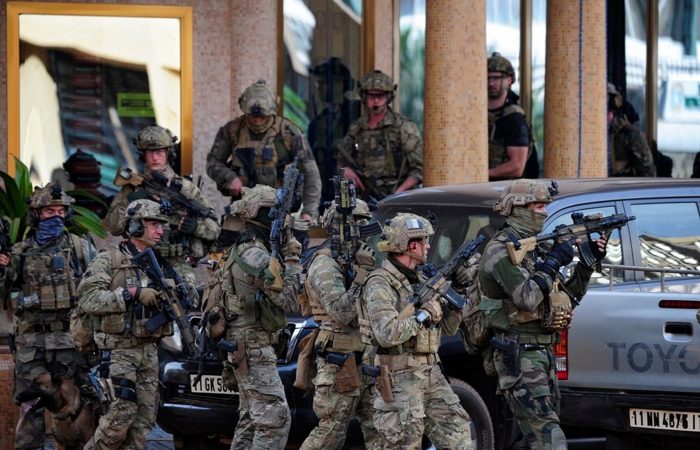 Unidentified gunmen killed six people and injured another in the town of Dablo, Burkina Faso authorities said on Friday. No group has yet claimed responsibility for the attack.

While Burkina Faso, Niger and Mali in the Sahel remain the epicentre of one of the world’s fastest-growing displacement and protection crises, the new tragedy took place on Thursday. Six people were killed and one got injuries in clashes between local defence group and suspected terrorists in Dablo, a small city in the northwestern part of the country.

As Anadolu Agency has learned from the local security official, on Thursday, around 3 pm, a clash broke out between the suspected terrorists and the Volunteers for the Defence of the Fatherland. The gunmen fled the scene following the attack.

Over half a decade, a Sahel region has been marred by repeated terror attacks that have claimed many lives and displaced thousands of people, who are also facing a serious humanitarian crisis. In 2021, the UN Refugee Agency reported that the western part of Africa hosts 851,000 refugees and nearly two million displaced people.