Angelina Jolie at The Breadwinner premiere for Toronto Film Festival 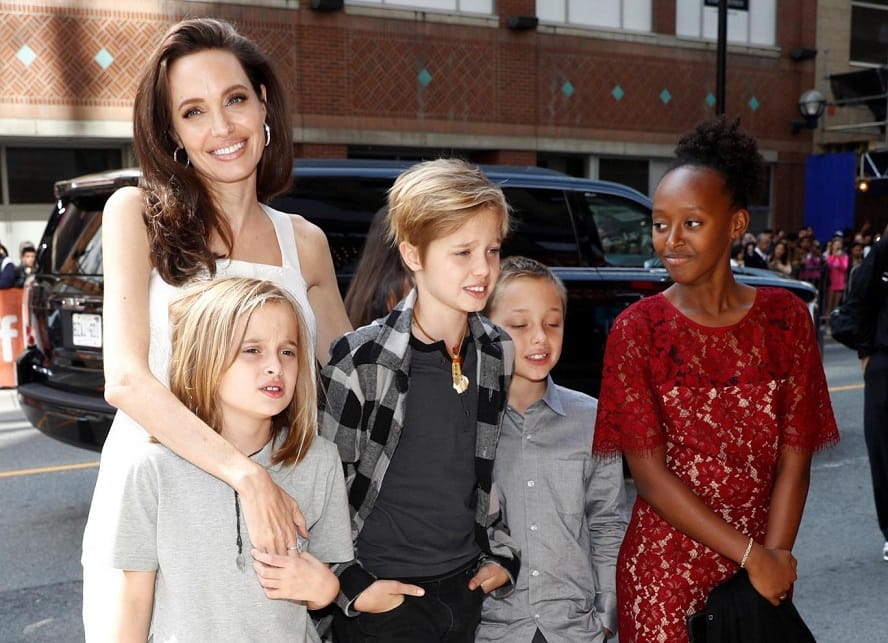 Angelina Jolie launches new film The Breadwinner at the Toronto Film Festival, all her six children came Canada for the moral support. None of them was allowed to attend the ‘War Machine’ where their father played a leading role, indeed.

The A-lister Angelina Jolie arrived Toronto International Film festival with all her kids who are supporting their mother always. The most recent premiere they attended was in February, Angie with kids was in Cambodia with her war drama ‘First they kill my father’.

A year after the split from Brad Pitt, Jolie is continuing her career, on Sunday night, she celebrated the debut of The Breadwinner, the actress and producer walked the red carpet with her entire brood. The new movie based on the best-selling children’s book by Deborah Ellis, published in 2000.

Angelina Jolie at the premiere of The Breadwinner in Toronto

Angelina didn’t want to launch the animated film about an Afghani girl on her own, she was joined by Maddox, Pax, Zahara, Shiloh, and nine-year-old Knox and Vivienne. None of the kids attended the premieres of Brad Pitt last year, Jolie doesn’t incline to share her fame as a strong woman/artist/single who is able o do everything by her own.

Jolie didn’t comment either the divorce with Brad Pitt or the rumours regarding that sad event. She used to stay tight-lipped about that for many months, Jolie has recently given a series of interviews about the split. She confessed that being single is not something that she “wanted”, amid rumours that she was set to reconcile with the actor.

So far, Angelina Jolie used to work and to be a single mother with many assistants. The family of an actress travels a lot, so when the kids attending the school – that is the question. Probably, the parents of six kids have already reached an agreement how the Pitt-Jolie offspring get their education.