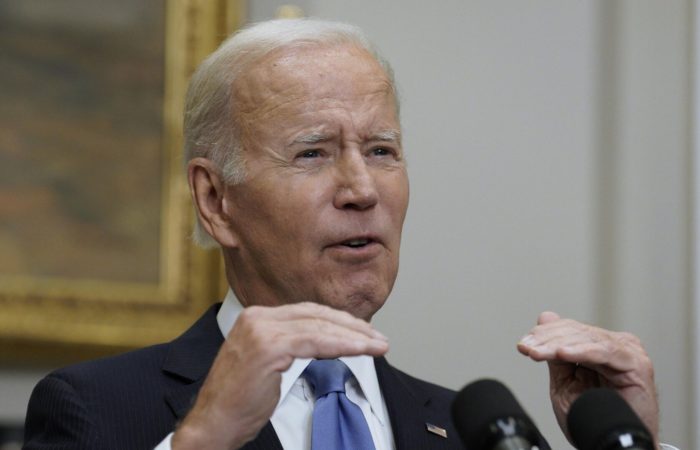 US President Joe Biden said that for the first time since the Cold War and the Caribbean crisis, the world is threatened with a nuclear war, the White House pool reports.

⠀
“We haven’t faced the prospect of (nuclear) Armageddon since Kennedy and the Cuban Missile Crisis in 1962,” the US leader said at a Democratic Party event in New York.

Biden blamed the escalation on the Russian leadership. According to him, President Vladimir Putin “doesn’t joke when he threatens to use nuclear weapons.”

⠀
In September, President Vladimir Putin, in an address to the Russians, said that the West had crossed every line in its anti-Russian policy, as well as constant threats against Russia. According to him, the West used nuclear blackmail, the use of weapons of mass destruction against Moscow. He reminded the West that Russia outperformed foreign military equipment in a number of components, and warned those trying to blackmail with nuclear weapons that the wind rose could turn in their favor.