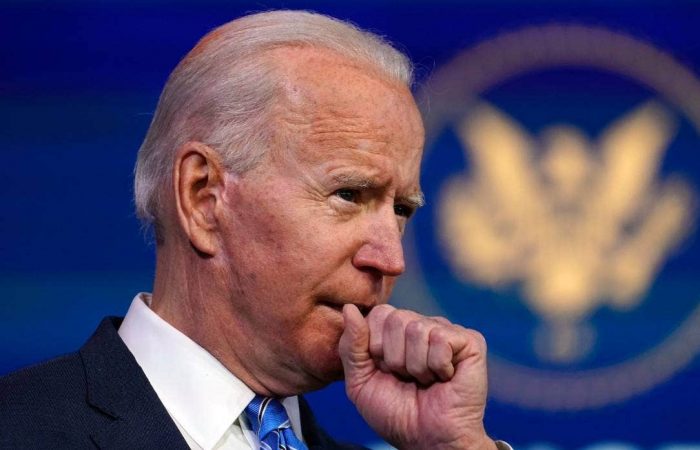 Prior to taking office, Joe Biden continues to form his domestic policy. Amid the COVID-19 crisis, he has unveiled a US$1.9 trillion plan to end deep human suffering, AP reports.

President-elect promised to speed up vaccines dissemination and pumping out financial help to those Americans whose families are struggling with the prolonged economic fallout caused by the novel pathogen.

“The crisis of deep human suffering is in plain sight, and there’s not time to waste,» Biden defends his corona plan and added that the Oval Office has to act now.

Biden’s plan was tagged the “American Rescue Plan”, the legislative proposal would meet Biden’s goal of administering 100 million vaccines by the 100th day of his ruling.

According to President-elect, his objective is reopening most American schools by the spring. On a parallel track, $1.9 trillion plan delivers another round of aid to stabilise the economy.

Commenting on his ambitious financial plan, Joe Biden emphasized that his office does not only have an economic imperative to act now, «I believe we have a moral obligation”. At the same time, he acknowledged that his plan “does not come cheaply”.

Biden proposed US$1400 cheques for most Americans, which on top of US$600 provided in the most recent Covid-19 bill would bring the total to the US$2000 that Biden has called for. It would also extend a temporary boost in unemployment benefits and a moratorium on evictions and foreclosures through September.

President-elect called the vaccine rollout “a dismal failure so far» and said he would provide more details about his vaccination campaign on Friday.